Women of Science: inside the lab

The following are five examples of women scientists, chosen among many others. These portraits tell stories of exemplary careers, excellence in research—recognized by the scientific community—, or, quite simply, passion for science. They also illustrate the diversity of our professions.

The low percentage of women that choose a scientific major can be explained, in part, by a self-censorship phenomenon. This phenomenon becomes evident during evaluations. When presented with the exact same exercise under different labels—one labelled as artistic and the other mathematical—girls are less successful than boys if the exercise is labelled as mathematical, even if their competences are similar. Catherine Beaumont, INRAE’s head of Gender Equality and Anti-Discrimination, explains that this ambivalence comes from internal obstacles, rather than real differences in their capacity. She adds that a way to help these young women surpass their self-censorship mechanisms is to show them examples of women that have chosen the scientific path.

Equality between men and women: how to achieve it?

Even if disparity is less significant than in other research organisations, there are currently more men than women researchers at INRAE, particularly in disciplines such as mathematics and biology of population and ecosystems. The institute has already implemented multiple measures to reverse this trend: raising awareness on unconscious gender stereotypes and biases among managers and juries, developing partnerships with other research and education institutions and associations to promote equality between men and women throughout the network, spotting and supporting talent, etc. These actions, carried out by INRA for many years, have been strengthened by INRAE in the process of obtaining the Diversity and Equality certification.

This certification, awarded at the beginning of 2020, recognizes INRAE’s commitment to defend professional equality between men and women, but also, its pledge to reinforce all the measures already implemented and to expand them in the years to come. Martine Dubois, project leader for this certification at INRAE’s human resources directorate, states that this is a long-term project, and that the institute will move forward, one step at the time.

According to Catherine Beaumont, it is crucial to boost young women’s confidence, showing them that both men and women can achieve a balance between personal and professional life, and that research work can be very fulfilling. Celebrating women scientists can help young women stop censuring themselves.

They were in the spotlight in 2020

On the occasion of the International Day of Women and Girls in Science, meet women passionate about science who have made it their career at INRAE. 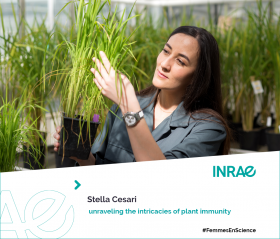 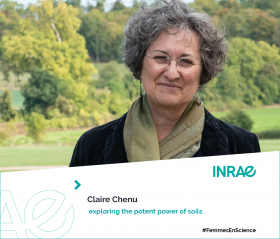 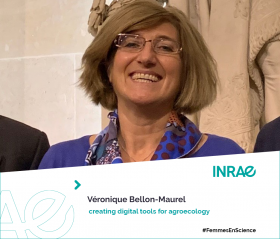 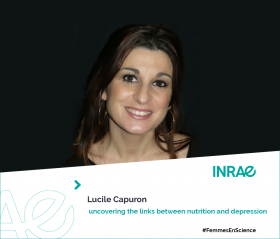 *Data from UNESCO (2014-2016): only about 30% of female students choose majors related to STEM (Science, technology, engineering, and mathematics) in higher education.

Diversity and equality in the workplace: an ongoing commitment

Dual AFNOR certification, a European label, day-to-day action plans. Now, more than ever before, INRAE is devoted to diversity, eliminating discrimination, and gender equality in the workplace…Recap of a recognised and deepening commitment.

Gender equality and the fight against discrimination: INRAE is the 1st public research institution to be awarded dual Equality-Diversity accreditation

PRESS RELEASE - By awarding INRAE the Diversity and Equality at Work certification, jointly known as the "Alliance standard", AFNOR has acknowledged the Institute's commitment to promoting diversity, eliminating discrimination and defending gender equality in the workplace*. This commitment extends and strengthens the actions the Institute has carried out in those areas for a number of years now, in compliance with the European Human Resources Strategy for Researchers certification – HRS4R – it was awarded in 2010. Through the proactive approach the Institute initiated in 2018 with the support of the French Ministries of Higher Education, Research and Innovation, National Education and Youth, together with the Ministry of Agriculture and Food, INRAE is the first public research institution to earn this dual Alliance standard.

Every year, International Women’s Day on 8 March throws the spotlight on the fight against gender inequalities. INRAE is engaged in these efforts through numerous actions that are gradually bearing fruit, even though certain inequalities and stereotypes still need to be rooted out, today and every other day of the year.