So the aim of our metaprogrammes is to:

For example, one of our metaprogrammes, Holoflux, has made it possible to explore something we had never before studied as such, i.e. the unit formed by a living being - animal, human or plant - and the microorganisms that coexist with it. The goal is to understand the relationships between hosts and their microorganisms, and the latter's effects on their host's health, for example.

Each metaprogramme is based on a founding document that sets out its scientific directions. This document is approved and monitored by the INRAE Management Board and is submitted to the Institute's Scientific Advisory Board. Over periods ranging from five to eight years, the financial support INRAE provides makes it possible to develop interdisciplinary actions such as scientific initiatives and the creation of scientific networks, along with interdisciplinary research projects and funding for doctoral theses.

The first generation of metaprogrammes was launched by INRA in 2010. We conducted a review with our peers at the international level in 2018. The lessons learnt, IRSTEA's strategic directions, and the interdisciplinary foresight studies that INRA and IRSTEA scientists carried out in 2018-2019 helped lay out a new generation of 10 metaprogrammes, which INRAE began to launch in 2019.

Six interdisciplinary scientific foresight studies made it possible to anticipate the research needs of the new Institute and further develop its corporate plan. They cast light on the future frontlines of science and broadened the options for guiding and developing scientific, socio-economic or training partnerships.

The metaprogramme momentum is accompanied by cross-cutting actions (seminars, researcher groups) designed to support and assist the development of inter- and transdisciplinary approaches within INRAE.

This metaprogramme focuses on holobionts, i.e. the unit formed by a host - human, animal or plant - and the microbial communities that coexist with it (microbiota). From hay forks to table forks, agrifood systems include and mix together a very wide range of holobionts (e.g. vegetables, arable crops, fruit trees, livestock, producers, farmers, consumers) and ecosystems (e.g. livestock farms, cheese dairies, fields) Such groups of microbial communities are dynamic under the influence of the microbial fluxes that pass between them. HOLOFLUX studies both the holobionts and the microbial fluxes within agrifood systems, going as far as how the microorganisms within those systems are controlled. It is focussing in particular on issues related to sustainable food systems - food system performance and efficiency, short supply chains, reducing greenhouse gases, maintaining biodiversity, etc. - and on protecting plant, animal and human health by reducing inputs, antibiotics, pesticides; using microbiotas to control pathogens, etc.

Launched in 2019, HOLOFLUX is a further step on from the INRA metaprogramme  "Meta-omics and Microbial Ecosystems" (MEM) and uses the outcomes of the interdisciplinary scientific foresight study  "Predictive Approaches in Biology and Ecology". 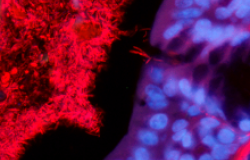 To find out more What are holobionts? And why is INRAE interested in them?

Humans, animals, plants, we are all holobionts, a concept that is the basis for an ever-increasing range of scientific work.

Animal health and welfare has long been considered solely from the viewpoint of technical standards and disease prevention systems (biosecurity measures, vaccination, general hygiene). The challenge today is to bring about a paradigm shift by taking into account animal health and animal and human welfare as key features in the design of livestock production systems. With that in mind, SANBA's goal is to generate knowledge that will make it possible to further develop animal husbandry practices and production systems, in terms of the animals, herds, farms, land uses and related sectors, to ensure animals' health and welfare throughout their lives, from birth to slaughter, while also safeguarding human health and welfare.

Launched in 2019, SANBA is a further step on from the INRA metaprogramme  "Integrated Animal-Health Management" (GISA) and uses the outcomes of the interdisciplinary foresight study  "Science for the Future of Livestock Farming".

What if most products on the market in France were organic? This metaprogramme is studying the challenges, levers and consequences of such a radical large-scale change in agrifood systems. The "system" includes production, storage, processing, consumption, and public policy with a view to understanding their interactions. The goal is to develop scientifically substantiated proposals to promote and assist the deployment of organic-farming-based agrifood systems. It also involves anticipating the consequences of the change in scale against a backdrop of high demand and simultaneous switch-over of conventional production systems to more agroecological models.

Launched in 2019, METABIO is a further step on from the INRA research programme "On and for organic agriculture" (AGRIBIO). It uses the outcomes of the interdisciplinary scientific foresight studies  "Agroecology" and "Science for the Future of Livestock Farming".

How can we farm while avoiding or limiting the use of synthetic pesticides? To sustainably manage plant health, we need to reduce the losses caused by a wide range of crop pests and parasites, avoid damaging the environment while using the solutions it might offer, and, of course, implement approaches that are viable for both farmers and public health. SuMCrop is particularly focussing on the options offered by biocontrol and by enhancing plant immunity. This metaprogramme's work revolves around three priority approaches, i.e. diversification, system redesign, and transition to more sustainable systems. It involves both managing native pests and responding to health crises brought about by invasive organisms. In the latter area, for example, interdisciplinary work on weak points in farm landscapes is vital for developing preventive care as well as for minimizing damage if eradication fails. SuMCrop's work even extends to the social sciences with stakeholder organisation and the introduction of participatory approaches.
SuMCrop also assists projects supported by the priority research programme  "New ways to grow and produce".

Launched in 2020, SuMCrop is a further step on from the INRA metaprogramme "Integrated Crop Health Management" (SMaCH).

As it will be vital to be able to address the issues of growing urbanization in the future, the goal of the BETTER metaprogramme is to explore how implementing a circular bioeconomy in cities and between cities and the countryside could help make cities more sustainable. In particular, it is exploring those socio-economic, organisational, structural and technological changes that could lead cities to reduce waste, better recycle it, and decrease direct and indirect fossil carbon consumption by relying more on bio-based products and energy. The goals for cities in the future are threefold: working to achieve net-zero carbon emissions by 2050, an objective that some cities in France, such as Paris, and elsewhere in the world have set for themselves; contributing to the Sustainable Development Goals; and increasing resilience to shocks and crises. BETTER is focussing on the needs and constraints of urban areas, especially on the challenges that a transition to a bioeconomy may cause to areas under cities' impacts and influences, ie. biomass supply areas and assimilation pathways.

Launched in 2020, BETTER uses the outcomes of the interdisciplinary foresight study  "Bioeconomy". 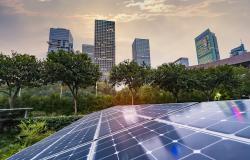 Developing in harmony with the environment rather than at its expense: a challenge for cities that could be met by a more frugal economy based on sustainable living resource use and organic-waste recycling.

Work by the IPBES (Intergovernmental Science-Policy Platform on Biodiversity and Ecosystem Services) has revealed alarming evidence about the status of biodiversity and ecosystem services. As the FAO (UN Food and Agriculture Organization) recalled in 2019, biodiversity decline threatens many human activities, including agrifood systems. Against the backdrop of global change, the BIOSEFAIR metaprogramme is designed to respond to a dual challenge, i.e. sustainable management of the services and functions ecosystems provide (food, regulatory, sociocultural); and the conservation and restoration of biodiversity as a whole, both to maintain the services it provides and for its intrinsic value. BIOSEFAIR is exploring a vast array of services such as contributions to climate change mitigation, pollination, crop protection, natural risk prevention, and even cultural services. This metaprogramme marks a change in how this diverse group of services is considered, by promoting an approach focussing on the socio-ecosystems that form around agricultural settings, livestock systems, and forest and aquatic environments.

Launched in 2021, BIOSEFAIR is a further step on from the INRA metaprogramme  "Services rendered by ecosystems" (EcoServ) and uses the outcomes of the interdisciplinary foresight study "Agroecology".

At the core of relationships between agriculture, food and the environment, health issues can be a driving force behind major changes to food systems. SYALSA's overall goal is to identify and assess those means for action that are likely to make food systems more amenable to human health, through both the food they produce and their effects on the environment, by taking into account shared benefits for health and the environment. This metaprogramme is designed to gain a better understanding of the many different interaction factors and mechanisms - from farm production to food consumption - that affect human health. It is exploring the relations between production and processing practices, population exposure to environmental contaminants, and health impacts. Finally, it is working to describe and assess those driving forces (biotechnical innovations, public policies, stakeholder behaviours) that are likely to improve food systems' impact on the health of individuals and communities. 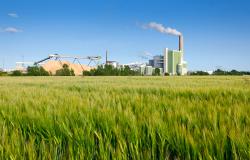 To find out more The exposome: the footprint of a lifetime of exposure

Throughout a person's life, they are exposed in their specific environments to a great many factors – chemical, physical, biological, psychological and even sociological - that define their exposome. While the concept of an exposome was first proposed for public health, it can fairly easily be extended to the health of all organisms and ecosystems via the concept of an eco-exposome.

Targeted research in biology has long been guided and sustained by "targeted" disciplinary approaches, e.g. in genetics by describing and studying the gene that controls a characteristic of interest, in toxicology by studying the dose-response effects while disregarding cocktail effects, or, yet again, in physiology by studies focussing on one organ or function. However, to tackle current major challenges such as climate change, biodiversity conservation, global health, food security, energy, and resources, we need to consider biological systems as a whole, in all their diversity and complexity. Digital biology is a promising approach for deciphering living beings' major functions and mechanisms, studying and predicting their behaviour in many different environments as well as for managing biological systems. DIGIT-BIO's goal is to support and develop research designed to explain how biological systems function and predict their behaviour, anticipate the impacts of various constraints on such systems, consider ways to manage them, and design methods of promoting action. Over the medium-term, the goal is to develop a small number of computer-assisted monitoring projects for biological systems by drawing on and adapting the digital twin concept.

DIGIT-BIO uses the outcomes of the interdisciplinary foresight study "Predictive approaches in biology and ecology" .

CLIMAE's goal is to support the agroecological transition of agrifood and forestry systems to help them adapt to future climates and mitigate climate change. The teams in INRAE's various divisions will explore the design and assessment of such systems via agroecology. The strong uncertainties about the climate and future socio-economic situation have led us to prioritise research on the transformation of farm production systems and related value chains. This work will be based on developing regional scenarios for agriculture and French forestry and related sectors, via a foresight study carried out with INRAE's Delegation for Collective Scientific Expertise, Foresight and Advanced Studies (DEPE).

Currently in its preparatory phase, CLIMAE is a further step on from the INRA metaprogramme "Adapting agriculture and forests to climate change" (ACCAF) and uses the outcomes of the interdisciplinary foresight study "Agroecology".

Discussions on the 10th theme, i.e. health and environmental risks, will begin in 2021.