A wide range of trends will have to be reversed in order to meet the European Green Deal's agricultural objectives (1) as presented by the European Commission (EC) in late December 2019. In fact, agriculture-related greenhouse gas (GHG) emissions in Europe have not decreased since 2010, and the same is true for pesticide sales and the use of nitrogen fertilisers. The surface area devoted to organic farming, which currently accounts for 8.5% of Europe's utilised agricultural area (UAA), would increase to 12-13% by 2030 at the current rate, while the target is 25%. So a complete overhaul of the agricultural system should be considered. How can the CAP facilitate this transition? This was the topic a team of INRAE and AgroParisTech researchers studied in a November 2020 report produced for the European Parliament.

Various types of Pillar 1 direct aid currently account for three-quarters of the CAP budget. Such aid is necessary to support farmers' incomes, but payments are conditioned on compliance with certain rules and directives and with the use of a group of good practices known as good agricultural and environmental conditions or GAEC (see annex in French). This conditionality follows a polluter-pays logic since it deals with cost overruns and in the event of non-compliance, the amount of aid received may decrease. The INRAE-AgroParisTech report deemed that this conditionality should be strengthened, particularly by applying it to all surface areas and farmers by eliminating derogations and gradually making the criteria more stringent.

In counterpart to the polluter-pays principle, the CAP uses instruments based on the provider-gets principle, which provide subsidies to farmers whose efforts for the environment go above and beyond the minimum conditionality requirements. As part of the future CAP, this principle applies to both current agri-environment-climate measures or AECM (see annex in French)  and the new eco-schemes.

According to the researchers, eco-schemes, which are fully funded by the EU budget, should target first and foremost global public goods, i.e. the climate and biodiversity. The study also recommended that under the system, funding should be provided for animal welfare as well as for the Green Deal's quantitative goals (see inset 1).

On the other hand, the AECM should focus on local public goods such as soil, water or even landscape.

To make that possible, these two tools, i.e. eco-schemes and AECM, would need significant budgetary resources, i.e. from 30 to 40% for eco-schemes in the first pillar (divided up 15-20% for climate and 15-20% for biodiversity), and 35% for the AECM and organic farming support in the second pillar.

Finally, an effort should made to go beyond the current thinking of only compensating extra costs to arrive at a payment for ecosystem services (PES) approach with amounts that would increase when services have been provided.

The Green Deal: real economic impacts and solutions to gradually offset them

According to a USDA (US Department of Agriculture) study, the Green Deal's implementation would reduce Europe's agricultural production (from 7 to 12%, depending on the product) and exports, while increasing prices and imports. According to the study, the average European farm income would decline by 16%.

The researchers analysed that study (read their analysis). Above and beyond their reserves about methodological aspects or some results that were difficult to understand, they emphasised three points that were not mentioned in the USDA study: (i) the need to take into account dynamic aspects related to gains in productivity, (ii) the fact that the Green Deal is not only limited to agricultural production but is also supposed to have an influence on demand, particularly by encouraging the transition to more balanced diets, and finally, (iii) the need to weigh the extra costs against the climate, environmental and health benefits.

However, that doesn't mean that the Green Deal would not have adverse impacts on certain farmers and on the poorest households, who will have to deal with increases to their food budget. These impacts must not be used as a pretext to maintain status quo; rather they should encourage a search for solutions to make it possible to resolve the tension that may exist, at least over the short-term, between environmental and economic performances. Such solutions range from:

To conclude, the CAP offers opportunities to make European agriculture compatible with the Green Deal. But it can't do it all. It must be accompanied by other policies, particularly in the areas of trade and food. Even more broadly than that, the Green Deal's objective encourages a redesign of Europe's entire economy. Energy, industry, trade, agriculture and food - all these sectors are involved in an interdependent manner.

Note
(1) The Green Deal's quantitative goals for 2030 include a 35% decrease in non-CO2 greenhouse gas emissions in comparison to 2015, a decrease of 50% in the use of pesticides, antibiotics in livestock farming, and excess nitrogen fertilisers; and an increase in organic farming surface area (up to 25% of the UAA) and landscape features (up to 10% of the UAA).

Insert 1: 8 measures recommended by the researchers for eco-schemes

To find out more 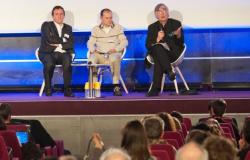 INRAE and the CAP The role of research for the CAP: analyse, evaluate, recommend

According to what principles does INRAE conduct a collective scientific expert report or study?

Expertise, the dissemination of a scientific culture and informing public policies and public debate all form part of INRAE’s missions. Because of its considerable experience in the conduct of expert studies, the Directorate for Expertise, Foresight and Advanced Studies has formalised the principles underpinning this work in a fifty page document.