Every year, LIBER (Ligue des Bibliothèques Européennes de Recherche – Association of European Research Libraries) showcases innovative scientific library practices at its annual conference. "We received the LIBER Award for our PCI – Peer Community In, a non-profit association that Thomas Guillemaud, Benoît Facon and I set up in 2017," explained Denis Bourguet.

These three evolutionary biology and ecology scientists at INRAE - who were later joined by Marjolaine Hamelin, editor of one of the Institute's journal - were motivated by the recognition that the scientific publishing process needs to change as it costs too much for research organisations and universities.

"At the current time, whatever the scientific journal may be, there are two forms of payment," said Thomas Guillemaud. "Either the university library, scientific institute or laboratory pays a subscription to scientific journals to allow scientists and students to read them, while readers who do not have a subscription must pay a $20 to $50 fee to gain access to a single paper. Or labs pay to allow open access to the papers their researchers and students publish so there is no cost to access them for readers from within or outside scientific circles– the fees for this are generally between €2000 and €5000 per published paper (…) So this is a very expensive system: 10 billion euros a year throughout the world, about 120 to 150 million euros a year in France, and more than 3 million a year for INRAE. And yet, the core of this system, i.e. reviewing papers submitted to journals, is based on researchers who spend thousands of hours each year reading and evaluating the scientific validity of such publications for scientific journals, many of which belong to scientific publishing multinationals. We decided to set up another system using prepublications or ‘preprints’". 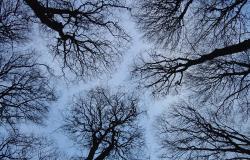 Since scientific publishing is currently dominated by a few firms that rake in enormous profits, it is an obstacle to the flow of knowledge. One specialist journal, i.e. the Journal of Plant Hydraulics, founded by two INRAE researchers, Hervé Cochard and Sylvain Delzon, has freed itself from that system and opened the door to a new way of publishing (article in French).

Before authors of scientific papers submit their manuscripts to scientific journals, they can deposit them free of charge in open archives that anyone can access. The papers will then be considered "preprints", i.e. documents that have not yet been peer-reviewed. Next authors send their documents to scientific journals, which have them reread and reviewed by scientists from their area of expertise (without any financial compensation) to ensure the scientific reasoning is sound and the methodology used to get the results is correct.

"But as soon as the paper is published - in the sense of being made public - in an open archive, it becomes source material," explained Denis Bourguet. “So the preprint simply needs to go through a review phase to allow the entire scientific community to have access to a valid paper that will then have the same value as one reviewed in a scientific journal (…) That's where PCIs come into play."

Taking back the publication process

Proposing an alternative to the costly scientific journal system

PCIs are specialised communities (currently numbering 11) that carry out scientific reviews at the request of a preprint's author. Each PCI has a variable number of recommenders, who are equivalent to scientific journal editors. When a paper interests a member of a PCI, that person forms a team of reviewers, i.e. scientists who engage in an in-depth analysis of the paper. An editorial decision is then made to reject the paper, ask for corrections, or endorse it. In the latter case, the recommender provides a written recommendation, explaining why he/she has endorsed the paper.

"In short, PCIs do not need scientific journals to get similarly peer-reviewed papers. As with the conventional system, it is researchers who review the papers but here they are doing so for the benefit of the whole scientific community, which will have free access to the approved contents. Also, the big difference with scientific journals is that the review work done by PCI researchers can have greater effect since it is visible to other scientists and can be cited by them. And all that does not result in any additional costs since it is based on the existing open archives infrastructure - thereby bypassing the entire publication machinery," explained Thomas Guillemaud.

In Denis Bourguet's view, PCIs should make it possible to redirect some of the expenditures of the current publication system into research. "The goal is to take back the publication process and offer an alternative to the costly scientific journal system."

Thomas Guillemaud believes that open science is synonymous with open access to not only papers but also to all the different content that goes with them, e.g. scripts, codes, data, methods. And while open science already exists, at the present time its cost, imposed by publishing companies, is very high. "Our goal is for it to be free to the scientific community," he explained. PCIs' operating costs are limited to those for their websites and are covered by research organisations or French universities, as well as by certain public sponsors in Belgium or Germany.

Denis Bourguet also feels that for the moment, while the sciences are opening up, they still lack transparency. "PCIs make more transparent science possible since the reviews they do and the recommendations they make are also put online, thereby encouraging reviewers to produce higher quality work."

"I have a vision of open, precise and pragmatic science. I believe that science needs to be open and accessible to as many people as possible, and, at the same time, reproducible by everyone. If those two criteria, i.e. reproducibility and accessibility, are not met, scientific efforts are wasted!" explained Thomas Guillemaud.

The role of institutions

The two researchers think that it is vital for the institutions to play their roles and be ready to take into account the winds of change in terms of review practices. The issue is to move away from bibliometric evaluation of scientific papers and take these new practices into consideration so that the researchers who support such changes to the publication system are not penalised.

"INRAE is really doing its part. It is the most cutting-edge institute in terms of open science and open access! It has given us a great deal of assistance in developing our project," said Thomas Guillemaud and Denis Bourguet, with a touch of pride.

Since the start of her career, Odile Hologne, director of INRAE’s Directorate for Open Science (DIPSO), has always been motivated by her desire to disseminate knowledge within and outside of the scientific community. For Odile, the best way to do this is with new information technologies and a healthy dose of enthusiasm.

OpenMinTed: a platform of computing tools to extract and exploit information from scientific literature

The Bibliome-MaIAGE team and INRA's Scientific and Technical Information Delegation (DIST) are contributing to the European OpenMinTeD infrastructure project, the objective of which is to set up an online IT platform, encouraging and facilitating the use of text and data mining technologies for research.