Dealing with the far-reaching, societal issues that affect agriculture, food and the environment — INRAE’s core research areas— requires concerted action by many people across diverse disciplines. This means creating and using many kinds of knowledge, from beyond the confines of a single lab or country. To this end, INRAE has used open science to inform its scientific strategy and strengthen its leadership position internationally.

“Making our data accessible and reusable is the best way to advance knowledge.” Odile Hologne

Open science is a movement that aims to involve new stakeholders, such as everyday citizens and non-research organisations, in the research process, and to make the products of research — everything from scientific publications and data or software programs — more accessible and reusable. With science now coming under question in some quarters, opening research and becoming more transparent should, in theory, bolster confidence in it. Making science more accessible does not, however, mean appropriating research by citizens. This is why INRAE is developing a holistic approach to open science that includes disseminating knowledge and scientific findings to different audiences (experts/non-experts), building trustworthy relationships with stakeholders in third-sector research,1 not‑for-profit associations in particular, and involving additional stakeholders throughout the research process. INRAE feels that participatory science and research is a way for citizens to be more involved. Opening science also means rethinking how researchers carry out their work, both in terms of publishing their findings and their data, but also in terms of making use of data produced by others. The move towards open science also raises a number of questions: How are research projects designed? How are research findings and INRAE data used? What value is created by third parties? What impact does opening INRAE data, or INRAE software, have?

Since its establishment on 1 January 2020, INRAE has had a Directorate for Open Science (DIPSO) to support researchers and to facilitate the move towards open science. The Directorate brings together a number of different stakeholders working in knowledge dissemination, the science–society relationship and digital change, which is transforming the work environment for researchers. DIPSO is a research support division under the aegis of the Directorate General for Science and Innovation. Its work focuses on four areas: knowledge use and dissemination; digital technology in science; information analysis; and science in society. 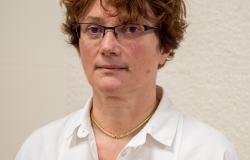 Since the start of her career, Odile Hologne, director of INRAE’s Directorate for Open Science (DipSO), has always been motivated by her desire to disseminate knowledge within and outside of the scientific community. For Odile, the best way to do this is with new information technologies and a healthy dose of enthusiasm.

Simplifying and improving access to research data will raise the quality of work produced by the entire scientific community, across all disciplines. France’s ministry for higher education, research and innovation set a policy on scientific data produced by research institutions. To that end, INRAE is taking action to achieve its open-science policy goals. As soon as the Institute nominated Hadi Quesneville as its Chief Data Officer in spring 2020, it set up a data governance unit. The unit prepares reference documents that are provided to INRAE researchers. The unit’s reference document on data governance sets out principles for managing and sharing scientific data. These reference materials supplement data.inrae.fr, an open-access data repository and directory. 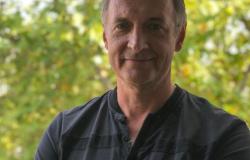 Hadi Quesneville and the art of data

Big data, open science, open data — data are taking an increasingly important role, as much in science as in everyday life. Hadi Quesneville is one of the first Chief Data Officers to be appointed by a research institute in France. He speaks about his new role in this burgeoning field and discusses the issues facing open science today.

At INRAE, more than 100 research projects have included work done by non-scientists. Their involvement varies considerably, ranging from collecting data to directly participating in the research process. When civil-society stakeholders participate in INRAE research — whatever the level of involvement — it builds connections between science and society. It brings science closer to public expectations, and allows society to have a better understanding of the scientific process, its limitations and the rigour involved in scientific research. 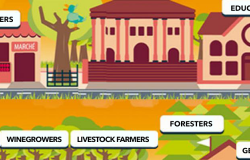 On 6 July 2021 at INRAE headquarters in Paris, France’s Minister of Higher Education, Research and Innovation, Frédérique Vidal, launched the country’s Second National Plan for Open Science, which will run through 2024. The Plan seeks to make open science practices more widespread in France, and is part of a wider European Union goal of promoting open science. The Plan will also triple open science funding, bringing it to €15 million per year. To facilitate the dissemination and sharing of research data produced in France, a national research-data platform, Recherche Data Gouv, will be created. The platform will be managed by INRAE.

Four INRAE scientists and engineers have received the European LIBER Award for Library Innovation for their "Peer Community In" initiative that promotes open and transparent peer-reviewing practices. An interview with Denis Bourguet and Thomas Guillemaud, INRAE researchers at Montpellier and Sophia-Antipolis, respectively, who explained their determination to help change the way science is evaluated by scientific journals.