Since the early 2000s, France and Brazil have been forging close ties thanks to collaboration between INRAE and UFMG.

How did this 20-year-long collaboration between laboratories at INRAE and UFMG start?

We have known Vasco Azevedo since the early 1990s. At the time, he was working on a doctoral thesis in the Microbial Genetics unit at INRA’s Jouy en Josas centre.

After a post-doctoral stay in the USA, Vasco went back to Brazil and took on a job as teacher and researcher at the Federal University of Minas Gerais (UFMG) in Belo Horizonte. His experience in France stayed with him throughout this time, and in 1999 post-doctoral funding opened the door to a first exchange, with Luciana Ribeiro coming to join Philippe Langella’s team in Jouy-en-Josas.

In 2001, Yves Le Loir joined STLO in Rennes while continuing to work with Philippe Langella and Vasco Azevedo. Following on from this first post-doctoral exchange, an initial CAPES-COFECUB* project was financed.

From this seed, a Franco-Brazilian network grew, bringing together other microbiologists and immunologists from both institutions, including Jean-Marc Chatel. Four other CAPES-COFECUB projects followed, providing funding for doctoral and post-doctoral grants covering the period from 2006 to 2023.

All of the projects have explored and continue to explore the potential of bacteria (notably lactic acid bacteria) to shape immune response in a host, especially in the context of inflammatory disease. 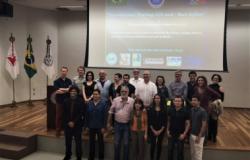 The BactInflam International Associated Laboratory (LIA) was created in September 2017, bringing together the MicroBio (STLO) and ProbiHôte (Interactions of Commensal and Probiotic bacteria with the Host, Micalis) teams from INRAE’s MICA division (Microbiology and Food Chain), LGCM laboratories and the Immuno-pharmacology and Immuno-biology department of the Federal University of Minas Gerais. BactInflam’s first scientific conference took place in Brazil in 2018.

What are inflammatory diseases?  Why are they a health problem for humans and animals?

Inflammatory diseases are a diverse group of disorders that involve the inflammation of one or more organs. Inflammation is a set of reactions triggered by the body in response to different types of aggression: external, like an injury, infection, or traumatism, or internal like certain auto-immune diseases.

Over the past few decades, several regions in the world have been undergoing profound food transitions linked to changes in lifestyles (increasingly sedentary) and diet (more meat, notably). The consequences of these new trends are beginning to be felt at a public health level, notably digestive disorders of an inflammatory nature which are on the rise.  They are grouped together under the umbrella term “chronic inflammatory bowel disease” and include Crohn’s disease and ulcerative colitis.

Inflammatory diseases also affect the animal world, and we are particularly interested in those that touch livestock animals. Mastitis (inflammation of the mammary gland, most often of infectious origin) is frequent in dairy cattle, and probably takes the heaviest economic toll in the sector.

Why are scientists like you, in France and Brazil, interested in the role bacteria play in inflammatory disease?

Where there is inflammation, the bacteria in the organ (intestine or mammary gland) play some sort of role. They either trigger the inflammation, or, on the contrary, are capable of bringing it under control.

For example, pathogenic bacteria like Staphylococcus aureus are often the culprit in mastitis that affects dairy cows. They cause infections that are often chronic, and as such are at the root of recurrent inflammations. The mechanisms involved in the pathogenesis of S. aureus and especially in persistent infections are still poorly understood. That is why we are working on this subject.

On the other hand, some probiotic bacteria can bring inflammation under control in the digestive system and relieve some of the symptoms associated with inflammatory bowel disease. Several species of lactic acid or propionic bacteria, such as Lactobacillus casei and Propionibacterium freudenreichii, or commensal bacteria of the intestine – that are part of intestinal flora – such as Faecalibacterium prausnitzii, are good candidates for these health applications including reducing inflammation, preventing recurrent infections, and balancing intestinal microbiota.

How are you tackling this problem and where are you looking for solutions?

The advent of high throughput genome sequencing has allowed scientists to explore the composition of microbiota associated with intestinal and mammary ecosystems in depth. These studies have resulted in profiles of well-balanced microbiota associated with healthy organs. They are generally characterised by strong biodiversity and are dominated by particular groups of bacteria.

The studies have also allowed scientists to identify unbalanced microbiota that are characterised by a loss of diversity and the absence of certain groups of bacteria.

Ultimately, this should curtail recourse to treatment based on antibiotics and/or anti-inflammatory drugs.  Cutting back on the use of antibiotics, especially by veterinarians, is now top priority across the globe. Indeed, it is of the utmost importance to prevent the emergence of antibiotic-resistant bacterial strains that can make the leap from animals to humans. 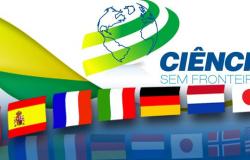 The synergy created within this network of collaboration has allowed INRAE to participate fully in the Science Without Borders programme (Ciência sem Fronteiras) launched by the Brazilian government in 2011, and the PrInt programme (Programa Institucional de Internacionalização) initiated in 2018. These programmes led to the financing of 15 doctoral degrees and 13 post-doctoral fellowships in the STLO lab in Rennes, and the Micalis lab in Jouy-en-Josas. Overall, 100 scientific publications have come out of this collaboration.

(*The Franco-Brazilian CAPES-COFECUB programme aims to initiate or develop scientific cooperation and ties between research bodies and universities in France and Brazil through support for common expert-level research projects. It involves the mobility of researchers and gives priority to training at doctoral and post-doctoral levels.)

PRESSE RELEASE - To support INRA’s collaboration in India on global issues such as sustainable development, environmental protection and food security, Girish Sohani, President of BAIF Development Research Foundation, India’s largest NGO in the field of agriculture and long-standing partner of INRA, visited INRA on 21 and 22 March and met Philippe Mauguin, President of INRA.

PRESS RELEASE - Nextbiotix, a microbiome biotech company developing innovative Live Biotherapeutics using commensal bacteria as drugs to treat major inflammatory bowel diseases, today announced that it has completed a €7m Series A financing round to bring its lead candidate into the clinic.