The cocktail effect of pesticides

The suspicion was there, but a recent study by INRAE confirms it: exposure to a mixture of pesticides causes metabolic disturbances in mammals. For one year (the equivalent of thirty years in humans), researchers fed rats food containing a cocktail of six pesticides used in apple orchards in France and Europe. The surprise came from the fact that the reaction to prolonged exposure differed according to the sex of the animal. All the males, in addition to being overweight, developed type 2 diabetes (chronic hyperglycemia) and steatosis (accumulation of fat in the liver). On the contrary, the females showed liver disturbances resulting in oxidative stress, as well as a change in the activity of the gut microbiota, the consequences of which remain to be determined. Same exposure, different effects – that is the issue. By comparing the expression of the genes that code for the detoxification systems, the researchers found that in males detoxification mainly took place in the liver, which was not the case in females. They think that detoxification could in this case take place in the intestine, and perhaps through the microbiota. Another hypothesis is that estrogens could play a protective role against the development of certain metabolic pathologies. In any case, these results confirm those obtained by the 2017 NutriNet-Santé study, which showed that individuals consuming a high proportion of organically grown food were less likely to suffer from metabolic diseases. The researchers are now continuing their work in order to assess the impact of pesticide exposure on the health of the offspring during gestation and lactation.

A result obtained by continuing the Nutrinet Santé study. 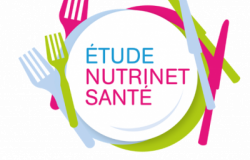 A 25% reduction in the risk of cancer has been observed among 'regular' consumers of organic food, compared with people who eat it less often. These are the findings of an epidemiological study conducted by a team from INRAE, INSERM, Université Sorbonne Paris Nord and CNAM, based on the analysis of a sample of 68 946 participants in the NutriNet-Santé cohort.

The 360-degree study of pesticides

Shedding light on the procedures for placing pesticides on the market

Recent years have been marked by a rise in controversies related to the impact of pesticides on health and the environment, but also on the procedures for their marketing authorization. In an attempt to shed light on these, researchers from INRAE and other organizations have formed a consortium combining economics, agronomy, history, sociology, toxicology, ecotoxicology, epidemiology and chemistry around a case study subject to controversy: SDHI fungicides. These molecules prevent the development of fungi affecting crops by inhibiting the succinate dehydrogenase, an enzyme involved in cell respiration. But these SDHIs also affect this enzyme in most living organisms, including humans.
As part of this integrative project, the multidisciplinary consortium takes an interest in public policies by targeting the procedures for the marketing authorization of pesticides. Indeed, it seems that European regulatory procedures do not directly evaluate the mechanism of SDHI fungicides on mitochondrial respiration.
What knowledge do the regulatory procedures draw on to assess the off-target effects of pesticides? To what extent can academic research provide validated data, within what timeframe and at what cost? What strategies do companies adopt to adapt to the procedures, and do they influence the choice of products submitted for authorization/approval?

By answering these questions, the researchers hope to identify ways to improve the integration of the health and the environmental effects of pesticides into regulatory procedures. The study also includes an agro-economic component, which aims to study the benefits of pesticide use for farmers and the economic impact of redesigning systems with a view to reducing their use.

PRESS RELEASE - Researchers from INRA and CNRS have shown for the first time that bee pollination surpasses the use of pesticides in yield and especially in profitability of oilseed rape. The team of researchers analysed data collected over four years in farmers’ fields in an agricultural plain in Deux-Sèvres (Nouvelle Aquitaine, western France). This study was published in Proceedings of the Royal Society London B on 9 October 2019.