What representations do we have of forests in France?

From threatening, the forest became threatened

Contrasting representations! And this contrast was born in the Middle Ages from their three principal users. The nobles associated forests with a space for leisure where they could hunt, monastic orders with a space for meditation and the people with a space enabling subsistence where they could find what they needed to eat or fuel for their homes. Little managed, forests also offered a refuge for outcasts from society, a space of freedom but also hostility or even threat. In the 18th century, forests became a strategic resource for the Crown: they supplied the timber necessary to build ships, feed forges and heat the first big cities.  In his ordonnance issued in 1669, Colbert laid down the first rules for the management and development of forests on a large scale, and introduced a strict code on usage rights. Despite these edicts from the state, the French forest continued to diminish in size until the Revolution. From threatening the forest became threatened: in 1840, only 16% of metropolitan France was forested (compared with 31% in 2021). An aesthetic vision of forests then emerged in the 19th century, driven by artists such as the Barbizon painters. This movement placed value on the grandeur and benefits of nature, and fought fiercely against deforestation, leading to the creation of the first protected areas around Fontainebleau. At that time, two visions were also clashing among foresters: that of a relatively “natural” forest where the actions of man were little visible and the needs of local populations defined its different uses, and that of tighter management focused on the production of timber – often of the same species and same age –intended to meet the needs of burgeoning industries. This latter vision, referred to as the Ecole de Nancy approach, would be favoured in the first Water and Forests Code introduced in 1827.  And still today, while forests primarily represent a natural space for most French people (including forest owners), these two visions remain current despite the 2001 law on multifunctional forest management which tried to reconcile them.

In the context of climate change, each camp has legitimate goals from an environmental point of view

What is new in this debate between the preservation and exploitation of forests in the context of climate change is that each camp has legitimate goals from an environmental point of view. On the one hand, the aim is to replace fossil energy resources that cause global warming with renewable energies, and this choice requires the harvesting of more wood for heating and construction, etc. On the other hand, priority is given to preserving biodiversity and ecosystem services, which means less timber harvesting and finding other resources that can meet our needs. The challenge therefore consists in reasonably exploiting forests while respecting their different functions. Some countries, such as the UK and USA, have chosen to separate their forested areas: on the one side, commercial forests dedicated solely to the production of wood (as a priority, even though other uses exist), and on the other forests that are closely protected and where human intervention is reduced to a minimum. Europe, and France in particular, have chosen another path: the forest is defined as a multifunctional space that its users must share between its ability to produce wood, purify water or quite simply to offer a landscape for leisure. Finding a compromise is certainly not easy. Even in countries where forest cultivation appears to have stronger roots, where local inhabitants are historically used to the clear felling of trees, movements against poor forest management (“malforestation”) are emerging. In May 2018, the Finnish Parliament examined a citizens’ petition that aimed to limit or even forbid clear felling in state-owned forests. In such a tense context, foresters who were previously the only holders of knowledge and decision-making power can no longer impose their vision of “good” management, as was the case until the 20th century. They are faced with several options: to communicate better on silvicultural methods and hope that the public will agree with their views, or to change their management practices in order to integrate certain societal expectations, etc. But how is it possible to decide upon legitimate demands without weakening forestry activities, particularly in a context of climate uncertainty? Multi-actor collaboration at different scales offers another potential route towards a joint redefinition of forest-society relationships. 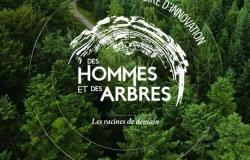 Find out more Jointly developed plans to transform the territory

Monitoring forest cover, designing agroforestry spaces, testing new tree species, preventing the presence of ticks… the 2019 winner of the “Territorial Innovation” programme, the “Humans and Trees” (Des Hommes et des Arbres) project, in which INRAE is a partner, is based in Eastern France and aims to federate scientists, elected representatives, architects, forest managers, entrepreneurs, associations and citizens around a forest innovation portfolio for a joint vision of this ecosystem (in French only).

Participating in research to discover an ecosystem 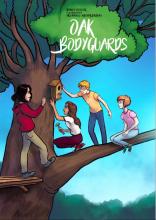 Since 2018, primary and secondary school students from 17 European countries have been studying the mechanisms of the resistance of oaks to herbivorous insects under different climate conditions, working alongside scientists in the context of the “Oak Bodyguards” project. With caterpillars made from modelling clay, and according to the same protocol used from Spain to Finland, students and teachers have been measuring the damage caused by herbivorous insects to trees. The initial results have shown that not all these insects are influenced by the climate or tree defences.

Spontaneous forest establishment in Europe: an opportunity for landscape conservation and management

PRESS RELEASE - Since the 1950s, the forest cover of Europe has expanded by 300,000 km2—about the area of Italy. This increment is the result of extensive tree-planting programmes, but also of the spontaneous establishment of forest vegetation—known as second-growth or secondary forests—following a widespread rural exodus and farmland abandonment, particularly in southern and eastern Europe. These new forests represent an opportunity for conserving biodiversity and associated ecosystem services that is still insufficiently capitalized. Several European teams studied second-growth forests over 4 years and were able to show their beneficial effects in terms of biodiversity and their resilience in the face of droughts. The findings are compiled in a series of six articles published in the journal Annals of Forest Science*.

It is considered that primary forests, which have never been harvested by humans, no longer exist in metropolitan France. However there are forests which have been harvested in the past but which have not been harvested anymore for a certain period of time. When this timespan is long enough, for example 50 years, the traces of harvesting disappear giving way to natural dynamics. These forests can be described as ‘overmature’ compared to the normal forest cycle, even though the biological maturity of the forest has not yet been reached.

PRESS RELEASE - Researchers at INRA and the University of Helsinki have worked together to release a unique database to the scientific community. Assembling data collected under the auspices of an EU Cost Action, the database BeechCOSTe52 gathers over 860,000 measurements of phenotypic traits. These data, from more than 500,000 beech trees growing in plantations located in 38 European countries, cover the entire range of beech’s distribution. Over 15 years of work have gone into producing the database; a vital resource for analyzing and understanding the beech’s adaptive capacity to climate change and the potential effects of climate on its distribution range.