Exposure to pesticides in the environment or via the diet is the subject of numerous questions and concerns from society as to its effects on our health. Epidemiological data have suggested a link between exposure to pesticides and the development of metabolic diseases such as obesity and its complications.

This study by scientists from INRA and INSERM has shown that animals exposed via their diet to low doses of pesticides gain weight and present with metabolic disturbances (diabetes, hepatic steatosis) that are typical of the complications of obesity.

The originality of this study by INRA scientists and their colleagues concerned the choice of experimental conditions1: testing a cocktail of six pesticides, exposing the mice via their diet, the doses selected (equivalent to the acceptable daily intake for humans) and the duration of the study (1 year).

The scientists chose to use six pesticides, firstly because they are used to treat French apple orchards, and secondly because they are also found in apples from throughout the European Union, according to a report from the EFSA (2015).

To mimic the mode of consumer exposure, the pesticides were incorporated in the feed given to the animals. They were exposed to the equivalent of the acceptable daily intake for humans (ADI). This dose, expressed in mg/kg body weight, has been defined by the health safety agencies as the dose that can be consumed throughout life via food or drinking water that has no harmful effects on health. 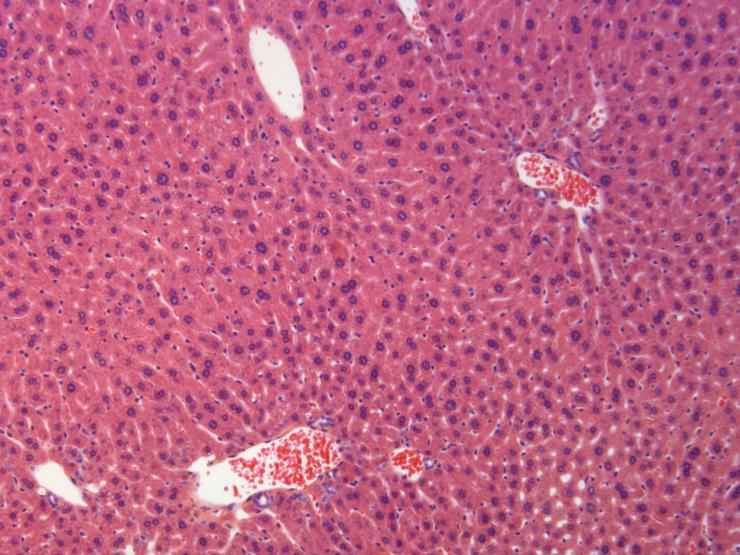 The scientists studied different parameters (body weight, glucose tolerance, blood and urine analyses, liver metabolism) to evaluate the effects of exposure to this low-dose cocktail of pesticides on metabolic homeostasis. They demonstrated that this mixture induced significant metabolic disorders in all the animals, but they differed according to their sex (sexual dimorphism).  The males presented diabetes, an accumulation of fat in the liver (steatosis) and became significantly overweight, while the females displayed hepatic disturbances (oxidative stress) and modifications to the activity of the gut microbiota.

The differences in response between males and females may be linked to the pesticide detoxification capacities specific to each sex, which would trigger the activation of distinct molecular mechanisms at the hepatic level.

The research team will be pursuing this work to gain a clearer understanding of the underlying mechanisms and identify the molecular determinants that explain this sexual dimorphism, notably linked to detoxification capacity (liver, microbiota). Other studies are also under way to determine the critical period of exposure to these compounds (perinatal-gestation period, lactation).

1 Experimental studies are often conducted using a single pesticide at high doses, exposing the animals via gavage or in their drinking water, or even in combination with another risk factor, such as a high-fat diet.

Mickaël Henry, the buzz behind the bee

After an extensive international academic career, Mickaël Henry, researcher extraordinaire, published more than 20 articles on behavioural and spatial ecology by the time he was 36. Recognised the world over as an authority on tropical bats, he has become a renowned specialist on bees since joining INRA. In 2012, he and his colleagues published a study in Science magazine demonstrating significant sub-lethal effects of certain active substances on bees. The study prompted authorities to revise procedures for the approval of pesticides.