INRAE, an observer member to the Convention on biological diversity meetings

From genes to species to ecosystems, INRAE is interested in all facets of biodiversity. The conservation of genetic resources; the contribution of biodiversity to system resilience and sustainability; the relationship between landscape dynamics and biogeochemical cycles; and the adaptive management of ecosystems —these issues are all central to INRAE's research, which combines observation, experimentation, and modelling at different spatial and temporal scales with a diversity of socio-economic and biotechnical approaches.

As a world leading research organisation specialising in agriculture, food and environment, INRAE’s goal is to be a key player in the transitions necessary to address major global challenges, including biodiversity, climate change and desertification. In its 2030 vision document, “Responding to environmental challenges and their associated risks” is the first scientific priority of the Institute. INRAE has an interdisciplinary research program on biodiversity and ecosystem services.

As of 2022, INRAE is an observer to the meetings of the 15th Conference of the Parties to the Convention on Biological Diversity (COP15). The institute is represented by Jean-François Soussana, Vice-President of international Policy and Thierry Caquet, Environment Scientific Director of the Institute.

1979
Signature in Geneva of the Convention on Long-Range Transboundary Air Pollution, INRAE’s experts have contributed to its implementation.

2012
INRAE is a member of the Intergovernmental Science-Policy Platform on Biodiversity and Ecosystem Services (IPBES), also called as the IPCC of biodiversity, since 2012. The Institute supported IPBES through its participation in the French multi-agency group led by the French Foundation for Biodiversity Research, set up in 2008. INRAE’s researchers participate in some of the IPBES reports, such as the regional assessment of biodiversity and ecosystem services focused on continental Europe.

January 2021
PREZODE international initiative was launched at the One planet Summit in January 2021, at the initiative of INRAE, IRD and CIRAD. Nearly 170 partners, including 15 governments, now support the initiative. It places research on animal, human and environmental health at the heart of the global efforts needed to better understand, prevent, monitor, and detect early zoonotic pandemic risks.

September 2021
INRAE ​​became an observer member of IUCN in January 2021 and presented a joint scientific contribution with IRD and CIRAD at the IUCN World Conservation Congress “Growing biodiversity together”.

June 2022
INRAE ​​and its partners presented the key messages for sustainable transitions in the land sector, for biodiversity and climate, at the Stockholm +50 international Conference.

More on our contributions

Research calls for the protection of genetic diversity

Genetic diversity is the basis of all biodiversity, allowing species and populations to adapt to changing environmental conditions and build their resilience.

For 3 years, Myriam Heuertz, researcher at the Joint Reserch Unit Biodiversity Gene Community (UMR Biogeco) of the INRAE Nouvelle Aquitaine-Bordeaux Research Center, has participated, through the COST G-BIKE action and the Coalition for Conservation Genetics, in an international communication strategy to include the protection of genetic diversity within species in the Global Biodiversity Framework, to be adopted at COP15.

The group of researchers has organized a number of webinars for the delegations of the 196 parties to the CBD of COP15, including 2 in November 2022. The objective is to inform delegations about genetic diversity and to make concrete suggestions for its protection in the Global Biodiversity Framework, based on validated scientific knowledge.

Three indicators of genetic diversity have thus been proposed in 2020 :

These indicators help monitor the conservation status of genetic diversity in relation to the objectives of the global biodiversity framework. The first 2 indicators do not require the use of DNA data, facilitating their use in all countries. Their applicability has been demonstrated in 9 countries in a scientific paper currently being published on “proxy” databases, such as population census or distribution areas.

No less than 14 scientific papers have been published or submitted in international scientific journals on the importance and feasibility of protecting genetic diversity within the global biodiversity framework, many of them co-authored INRAE. To facilitate this process at the CBD and in state public policies, 4 policy briefs translated into several languages ​​have been published.

A side-event will be organized at COP15 to continue to inform and raise awareness on the importance of including genetic diversity in the future global framework.

Biodiversity is at the heart of our research. INRAE's scientists work with local stakeholders to co-design and implement nature-based solutions and to devise ways to halt the erosion of biodiversity and encourage its recovery. Discover our work on biodiversity with our interactive press report.

In 2022, INRAE ​​produced two collective scientific expert reports on biodiversity and its ecosystem services, in support of public policies, to reduce the use of pesticides in crops.

INRAE ​​teams contribute to the production of excellent research on biodiversity. Three exceptional portraits and journeys: 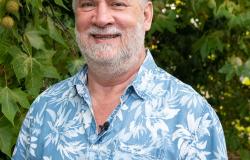 Didier Azam is the director of the INRAE U3E Experimental Unit for Aquatic Ecology and Ecotoxicology, he developped an ambitious project for experimental facilities aimed at furthering knowledge of aquatic environments.

Collective Thriving on the vine

INRAE’s “grapevine resistance” team is identifying naturally disease-resistant grapes, a work that led to the official registration of nine grape varieties that are resistant to both downy and powdery mildew.

A first in tree research: European trees planted in China to identify potentially invasive species in our forests

PRESS RELEASE - Most of the exotic species which attack plants in Europe now come from Asia. INRA scientists, together with teams from the Academy of Sciences in Beijing and the Forestry University in Zhejiang have devised a new method for detecting potential invaders in their region of origin before they are introduced on another continent. European sentinel trees were planted in China for four years, and during this period, the ability of Chinese insect and fungal pathogens to colonize these trees was studied. Two articles in PLoS ONE present the results of this study, including those dealing with insects, published online on 20 May 2015.

PRESS RELEASE - As a part of the EU’s EcoFINDERS project, led by INRA, researchers studied changes in soil biodiversity when using fallowing as a restoration strategy. The study was made possible through the creation of a unique, long-term observation facility. It is also notable for the very large range of soil organisms (micro- and macroorganisms) studied by the project’s researchers, who analysed their diversity and their community interactions. The findings, published in Nature Communications, demonstrate that connections between groups of soil organisms increased, and this was accompanied by increased carbon uptake in the soil. Understanding these phenomena should help identify agricultural practices which favour carbon transfer and storage in soils.