Pesticide or plant protection product?  We are more familiar with the word ‘pesticide’ than with the term ‘plant protection product’ that is used in the regulations. They both designate the same chemical substances, used to control weeds and regulate the insect pests, fungi and pathogenic bacteria that damage crops. Their use is designed to prevent harvest losses and excessively poor quality crops and to maintain green spaces. The term ‘pesticide’ is of English origin and is a reminder of their ability to kill pests. The notion of ‘plant protection product’ refers to both their purpose – a treatment to care for plants – and the fact that use of these substances is strictly regulated in the contexts of both agriculture, green spaces and individual gardens.

Numerous studies have shown that the massive use of pesticides in order to secure agricultural production and maintain planted areas exerts effects not only on the pests they are targeting but also on other species, their transfer to other environments (air, water, soil), their breakdown into by-products or their persistence in these environments. In 2005, INRA and IRSTEA (today united within INRAE) published the result of a collective assessment that established an inventory of international scientific knowledge on Pesticides, agriculture and the environment. A similar exercise was carried out by INRA in 2008 regarding the links between Biodiversity and agriculture, which was a review of harmful agricultural practices and potential synergies.  This was followed in 2010 by an agroecological study on crop diversification (in French only). Commissioned by the Ministries for Agriculture and the Environment, these different scientific assessments both responded to demands to inform public policies and highlighted research needs which have subsequently been used to drive the Institute’s scientific orientations.

During the past ten years, the Institute has reinforced its efforts in agroecology and mobilised interdisciplinary research in order to identify new options for the integrated management of plant health and preservation of ecosystem services. These studies highlighted the importance of the diversity of crops and landscapes in order to encourage natural regulation that is beneficial to plant health(*). They focused on the numerous essential functions assured by biodiversity, such as a supply of nutrient elements to crops, soil carbon storage or pollination. Knowledge of these different issues has also progressed considerably at a global level and been the subject of numerous publications.

In practice, an end to pesticide use is a public policy goal which is still very difficult to attain, despite considerable efforts to achieve this.  It remains a priority objective; in France this takes the form of the Ecophyto 2+ plan while Europe is focused on its Green Deal. It is in this context that the French Ministries for Agriculture, the Environment and Research have now entrusted INRAE with carrying out two new scientific assessments: 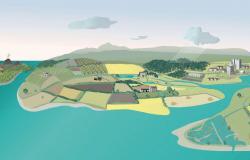 Read the conclusions of this collective scientific expert report.

(*) Alongside research work, another study evaluated the services rendered by agricultural ecosystems to enable improvements to their management

A collective scientific assessment contains a synthesis of the international scientific knowledge available to analyse a societal issue. It also highlights current controversies within the scientific community, knowledge that is lacking and research needs. It is carried out at the request of one or more public actors, and its results are used to inform policy decision-making. A multidisciplinary and international community of scientific experts is mobilised to work on the subject and they are managed by the Directorate for Scientific Expertise, Foresight and Advanced Studies (DEPE) at INRAE. A DEPE project leader coordinates the work in compliance with principles that guarantee methodological robustness of the bibliographical synthesis. One or more pilot studies provide the scientific orientations for this work. For all the scientists taking part, this type of report also provides an opportunity for multidisciplinary discussions that will usually enhance their scientific approach and research in the future.

A foresight study on pesticide-free agriculture in Europe

In parallel to these two expert studies, INRAE has been commissioned by the French Priority Research Programme (PRP) on Protecting and Cultivating Otherwise to conduct a foresight study on pesticide-free agriculture in Europe. Although the diversification of plots and landscapes offer an important lever for an end to pesticides, it is not the only one. Conducted at the scale of Europe, this foresight study will draw strength from the Towards chemical pesticide-free agriculture, avec un triple objectif :

Sophie Leenhardthead of the scientific assessment "Impacts of pesticides on biodiversity"