What is titanium dioxide?

It’s a food additive widely used throughout the world for its opacifying and colouring properties (white pigment). Better known in Europe as E171, the sale of food products containing this additive has been suspended in France since January 1st, 2020, for precautionary reasons[1].

Studies by INRAE scientists in 2017 provided the scientific proof necessary to underpin this limited measure, introduced for a period of one year and prolonged until 2021. Up until now, France was the only country to have suspended its use. On 6 May 2021, EFSA revised its previous assessment published in 2016, which highlighted the need for more research to fill data gaps.  It now considers that E171 is no longer safe when used as a food additive.  This opinion could lead to a change in European regulations.

Looking back on our key research results: 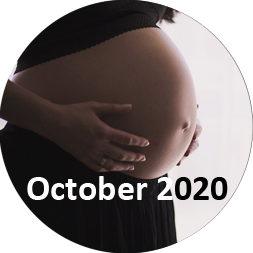 E 171 crosses thee placental barrier in humans
Working in collaboration with the Laboratoire national de métrologie et d’éssais (LNE), the Groupe de Physique des Matériaux (CNRS/INSA Rouen/Université de Rouen-Normandie), Toulouse University Hospital, Picardie-Jules Verne University and the National Veterinary School in Toulouse, INRAE scientists have pursued their work in humans and have supplied proof that the titanium dioxide nanoparticles present in E171 can cross the placenta and reach the foetal environment. Their results, published on 7 October 2021 in Particle and Fibre Toxicology, alert on the importance of evaluating the risk of exposure of pregnant women to these nanoparticles. 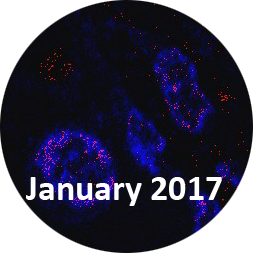 E171 crosses the intestinal barrier in animals
INRAE researchers and their partners have studied the effects of oral exposure to titanium dioxide, an additive (E171) commonly used in foodstuffs, especially confectionary. They have shown for the first time that E171 crosses the intestinal barrier in animals and reaches other parts of the body. Immune system disorders linked to the absorption of the nanoscale fraction of E171 particles were observed. The researchers also showed that chronic oral exposure to the additive spontaneously induced preneoplastic lesions in the colon, a non-malignant stage of carcinogenesis, in 40% of exposed animals. Moreover, E171 was found to accelerate the development of lesions previously induced for experimental purposes. While the findings show that the additive plays a role in initiating and promoting the early stages of colorectal carcinogenesis, they cannot be extrapolated to humans or more advanced stages of the disease. The findings were published in the 20 January 2017 issue of Scientific Reports.

1 Application of the French Law of 30 October 2018 on the balance of trade relations in the agricultural and food sector and healthy, sustainable, and accessible food for all (EGalim Law). This measure applies to food products sold in France, for a period of one year, potentially renewable. This precautionary principle does not apply to non-food products. https://www.legifrance.gouv.fr/jorf/id/JORFTEXT000038410047?r=v1pKGxVbGN (in French)

PRESS RELEASE - On 27 August 2018, Philippe Mauguin, President of INRA, signed the San Francisco Declaration on Research Assessment, which aims to improve how science research is evaluated. INRA’s commitment to this global initiative reflects the Institute’s consideration and methodical developments in this area, from how a journal’s reputation is determined in a particular field or broadening the scope of assessment to the diversity of activities and products of targeted research.

New CAP: support for innovation should be reinforced

Given the challenges of sustaining European agriculture, food chains and rural areas, innovation should be a key factor/element in the new Common Agricultural Policy (CAP) reform. Transformative capacity is lacking and has to be enhanced. Not only through technology but also by working on societal challenges through dialogue with society and contributing to government policy and legislation. In a policy brief INRA and Wageningen University & Research state that the given CAP budget devoted to innovation is too limited and should be at least doubled in the next CAP period. To enhance innovation in agriculture the CAP itself should innovate too.

Since Friday 30 October and the beginning of a new lockdown in France, INRAE has undertaken to pursue its research under a modified organization for at least four weeks. This organization should enable us to maintain all our activities, by remote working where it is possible.