As her broad smile clearly shows, Françoise Simon-Plas is an enthusiastic person! And that is true for all areas, whether it be science and her research on plant cell membranes, ethics with her duties as the Head of Ethics, Scientific Integrity and Code of Conduct for Research Projects, or in terms of being willing to raise questions through her involvement in the Sciences en questions approach. What drives this workaholic, as she describes herself? A taste for the sciences and the irrepressible need to feel useful to society and to always be ready to ask questions.

Science in her blood

You really feel that you can get things moving forward

It was in 1993 that Françoise Simon-Plas joined INRA as a research scientist. At that time she was researching the role of plant cell membrane proteins. Over the years, she became more involved in collective scientific activities, and, in particular, took part in the creation of a new unit for which she then took charge of one sector. In 2014, things really picked up speed! She became the President of INRA's Burgundy Franche-Comté Centre, which was a compelling task: "I absolutely loved it! You work on strategy for the site, forge close links with colleagues' research, interact with the Institute's national bodies: you really feel that you can get things moving forward," - we warned you, she is enthusiastic. But after three intense years in this management position, the call of the sciences was too strong and she decided to return to the lab to continue her research at the Agroecology Research Unit: "I had to start all over from scratch, so I began designing new research projects and was able to get ANR (French national research agency) funding for the Playmobil project, which I’m coordinating through to 2023."

Being of benefit to society

In 2018, INRA Management asked Françoise Simon-Plas to become the Institute's Code of Conduct Officer, a task she willingly accepted: "I have always been keen about such topics and I think there are things to be done that would benefit the Institute, our colleagues and society." However, she decided to keep half of her work time for research activities: "If I don't do research, I miss it, but I need to get involved in other cross-institute duties." A long-sought balance that allows her to give time to her passion for the sciences and to her interest in public service and the common good: "I am interested in ethics and codes of conduct, which are key prerequisites for serving the common good properly."

Ethics, Scientific Integrity and Code of Conduct for Research Projects

A Code of Conduct office was first set up at INRA in 2013. Two years later, the Institute signed the French National Charter of Ethics for Research Professions and developed a national network on scientific integrity. In 2018, when Françoise Simon-Plas took over the position, she suggested bringing together three closely related concepts, i.e. the code of conduct, which is the code of professional practice linked to a public-service-employee status and which imparts the values of impartiality, integrity, and probity; scientific integrity, which is the code of professional practice specific to research activities; and research project ethics, which make it possible to raise questions about the way in which science is done and ensure that it does not harm anyone while benefiting everyone.

"This demonstrates to society that we consider the public interest in both choosing our research topics and how we implement our research."

Although those three concepts need to be considered and discussed together, Françoise Simon-Plas wanted to have a team of specialists in each of those values: Antoine Kremer and Christian Duquennoi, Scientific Integrity Advisers; Cécile Janet, Code of Conduct Adviser; and Claire Lurin, Research Project Ethics Adviser. A setup rounded out by the Scientific Integrity and Code of Conduct Committee, with eight INRAE colleagues with different statuses and career paths, which provides an additional forum for group discussions.

Every process that the Institute puts into place must take into account ethics, scientific integrity and ways to manage conflicts of interest.

First stage: talking about the code of conduct, scientific integrity and project ethics with all staff members. To do that Françoise Simon-Plas holds meetings at the various INRAE centres and presents those values to its different bodies This also involves communicating on such topics using INRAE's different communications tools. "But the idea is not just to talk about them - they need to take on a life of their own and for that to happen, they have to be integrated into all our institutional processes." Françoise Simon-Plas relies on all levels of INRAE management to ensure that each process the Institute initiates incorporates ethics, scientific integrity and ways to manage conflicts of interest. For example, for competitive recruitments, the delegation helped Human Resources produce a matrix to analyse and manage potential conflicts during the work of the selection panels. Possible conflicts are also analysed for experts who take part in INRAE-led joint scientific assessments. A scientific integrity training module has been developed for new unit directors so that those in charge of research groups can integrate it into their teams' daily lives. "My idea now is to work with all of INRAE's operational departments so that the code of conduct, integrity and ethics are integrated into all their processes. "
Alongside those activities, the office has produced two documents, i.e. an Ethics, Scientific Integrity and Code of Conduct Charter, as well as  a Scientific Integrity Policy Paper: "Those documents provide guidance on how we should carry out our duties, gain our fellow citizens' trust and demonstrate the importance we place on ensuring the quality of the knowledge we produce -  knowledge that will be used to build tomorrow's society." 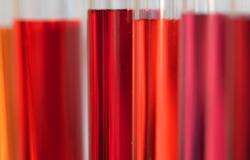 find out more Ethics, Scientific Integrity and Code of Conduct for Research Projects

INRAE is committed to steadily improving its professional practices in keeping with all legal provisions, regulations and institutional policies.

A diverse but coherent career path. As shown by her strong involvement in the "Sciences en questions" group whose goal is to provide food for thought to research professionals on philosophical, epistemological, sociological or ethical issues related to sciences and scientific activities: "It is a way of questioning science, and the appropriate way of doing it, looking at the questions it raises for researchers and for society."

A forum for discussions and reflection Sciences en questions

The primary goal of the Sciences en questions group, created in 1994 at INRAE (INRA at the time) and made up of some 15 INRAE colleagues and partner institutions, is to provide food for thought to research professionals on philosophical, epistemological, sociological or ethical issues related to the sciences and scientific activities.

"At INRAE, anything is possible! People are given space to grow, which is wonderful; no one ever prevented me from doing anything. INRAE offers room for both personal and professional growth. All the missions that I have carried out have been really fulfilling and have led to incredible encounters. Not a week goes by that I don't meet extraordinary people, always ready to become involved in projects; this resourcefulness my colleagues have fascinates me. After 27 years at INRA then INRAE, I'm still not tired of it."