Out and about on the streets of Dijon, Philippe is always on his bike. For Philippe, cycling is not just his preferred zero-carbon way of getting to his work at the INRAE centre, it also provides him with a space that is just a little removed from the constraints of time. It is on these rides that he is able to mull things over, to question, reformulate and organise his thoughts, arriving at his destination with his saddlebags packed with fresh insights.

Looking back through the years, we find a teenage Philippe spending much of his time observing nature. ‘I used to put sugar in Benco drinking chocolate containers to attract ants and to try to work out what habitat they needed’, he laughs. He went on to enrol at ENITH, the French national engineering college of horticultural techniques in Angers, as a government-sponsored engineering student destined for public service. Having qualified in 1978, he taught for two years in a horticultural school near Colmar, giving classes on flowering plants and crop protection. He still has ‘fond memories’ of his students from this period in his life.

Philippe then returned to ENITH to teach on vegetable crop production while continuing his own studies at INRAE’s Angers phytobacteriology laboratory, where he gained a postgraduate degree (DEA). His work in the lab was a revelation. ‘This world of microbes – of invisible organisms with very visible effects – had a “magical” side to it. I was entranced’. 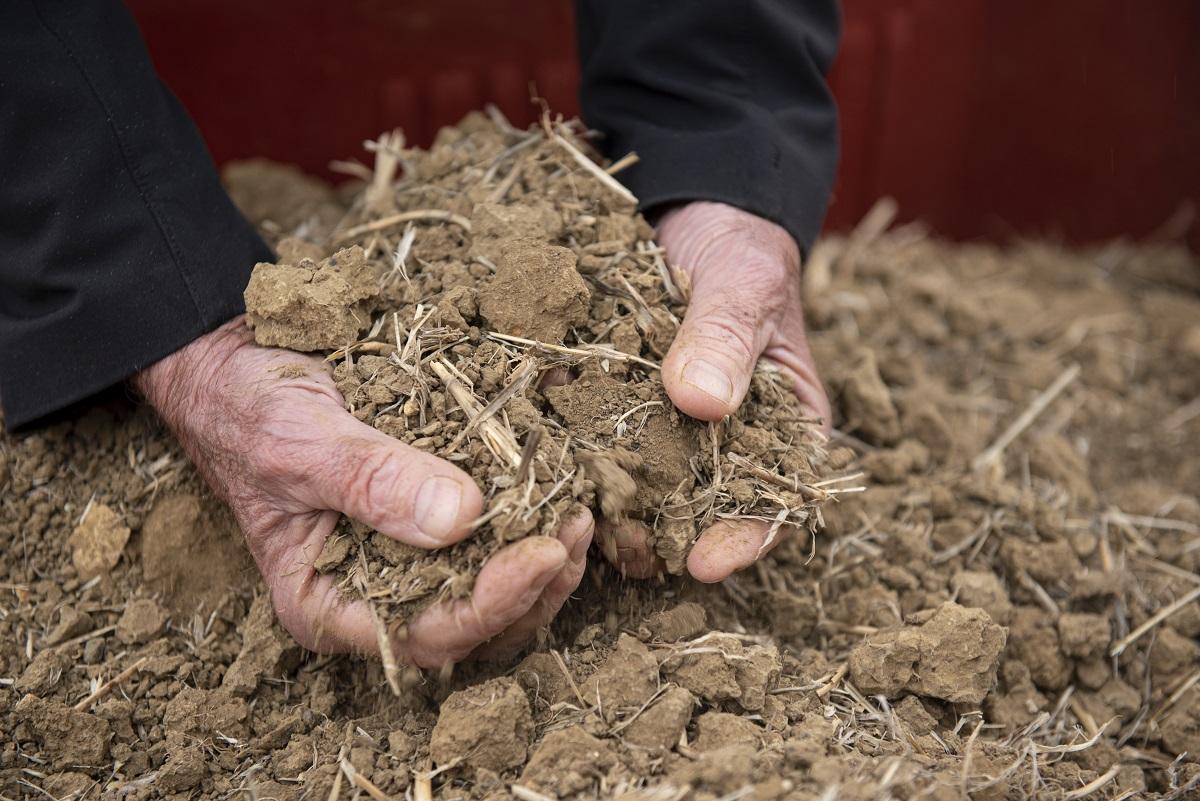 One day, Claude Alabouvette, senior scientist at INRAE’s Dijon centre, came to give a lecture at ENITH on soil suppressiveness to soilborne diseases. ‘His lecture was an inspiration to me. I explained to him that I would like to work on a doctoral thesis, he offered me a research topic on resistant soils and he then acted as my thesis supervisor.’

Philippe’s doctoral research demonstrates the contribution of a particular group of bacteria, the Pseudomonas group, to soil suppressiveness by competing with phytopathogens for iron, in addition to fungi and previously identified mechanisms. He was then appointed as a scientist at INRAE, joining Claude Alabouvette’s research team in 1987 to work on suppressive soils.

Soil biodiversity and the DNA revolution

At that time, the only available way to characterise soil microorganisms was to grow them in the laboratory. We now know that just a small proportion of the vast diversity of microbes found in soils can be cultured in this way. There was simply no way to gain access to them. ‘The difficulty lies in the fact that these tiny organisms develop unseen in a heterogeneous matrix whose properties vary depending on spatial scale. This meant that we were going to have to develop innovative methodologies if we wanted to study microbial diversity in soils. The research we did in Dijon enabled major advances to be made. We now know how to access the diversity of soil microbial communities by characterising the polymorphism of their DNA which is directly extracted from soil, which means that we can avoid the bias involved in growing laboratory cultures’, explains Philippe.

Over the past thirty years, soil microbiology has thus moved out of the Pasteur era and into the molecular age. ‘It was a major revolution. Dijon played a decisive part in it, thanks to the group’s drive and substantial resources, both intellectual and financial!’, he remembers enthusiastically. 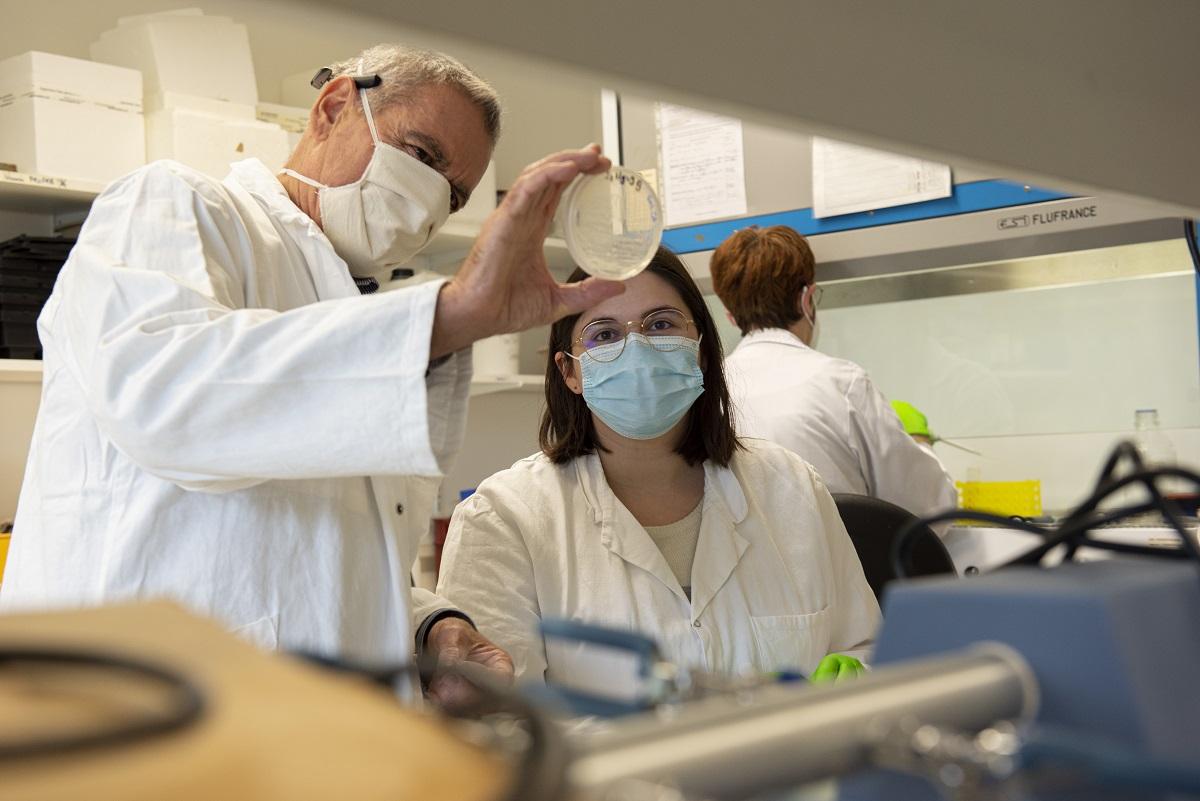 A large research unit for agroecology

Standardised procedures were developed for characterising biodiversity, along with referential systems that made it possible to interpret biological soil analyses. This in turn enabled the development of a diagnostic procedure to test the biological quality of soils of the sort long in use for physico-chemical analyses in agriculture.

It was still necessary to identify which cropping systems and ecological engineering would allow  soil biodiversity to be monitored in order to  improve fertility and provide the expected ecosystem services.  The time had come to shift from observation to action. This work aroused strong expectations in both scientists and the general public. 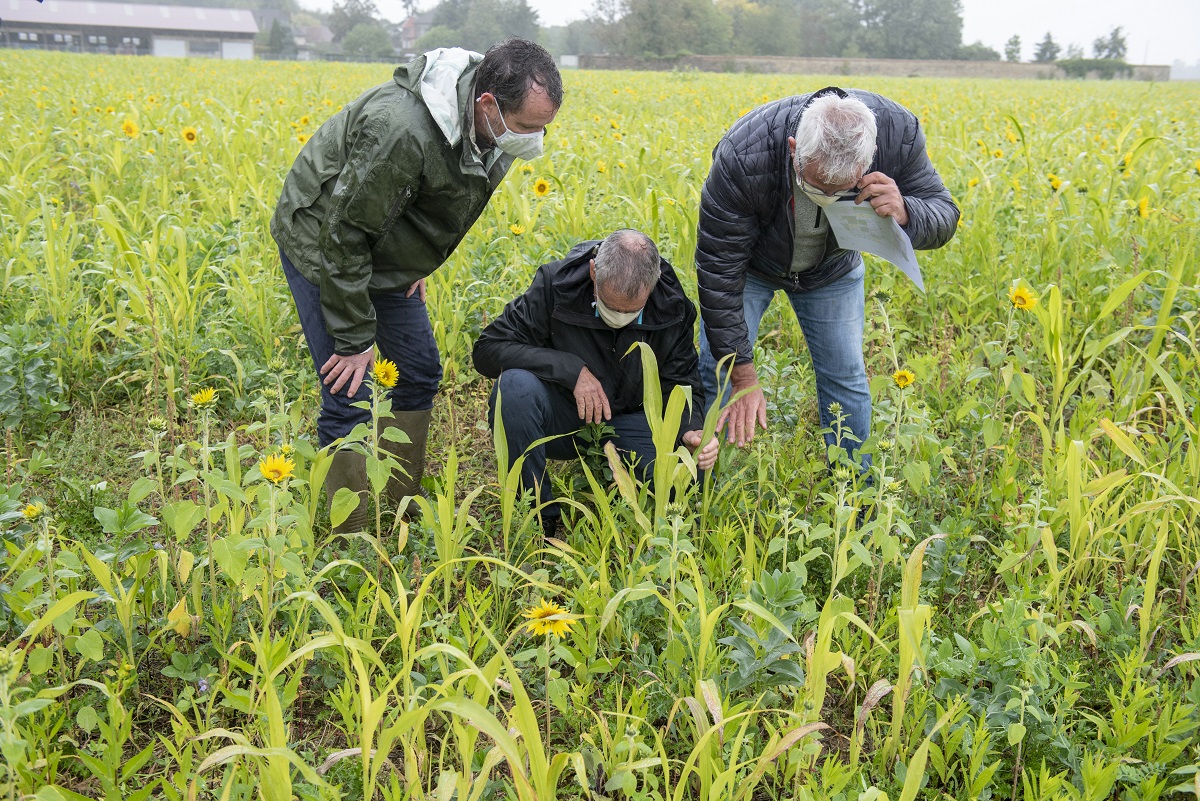 ‘My research on the interactions between plants and microorganisms had convinced me that plants are major drivers of soil microbiota through the root release of organic compounds and signal molecules. So I put forward a proposal for a wider project that would build on the expertise and resources we had in Dijon. Its goal was to improve our understanding of the biodiversity and interactions that occur in agroecosystems and to use them as the basis for sustainable farming methods that would bring multiple benefits’, says Philippe. From 2008 onwards, he led a cross-cutting collective initiative to make best use of the existing expertise in Dijon. On soils, of course, but also on plant genetics and ecophysiology, ecology, and agronomy, bringing together experts who had previously been distributed across four research units and an experimental unit.

In 2012, under this strategic restructuring, the Agroecology large research unit was formed. This large unit brings together colleagues working on soil biology, plant-microorganism interactions, legumes (genetics and ecophysiology), weeds (ecology, regulation and ecosystem services), and agronomy. Thanks to the support of INRAE, the Université de Bourgogne and AgroSup Dijon, the French State, the Regional authorities and other partners, the unit developed outstanding platforms: GenoSol (2008) for the characterisation of soil biodiversity; a high-throughput platform (2012) to phenotype plants and their interactions with their associated microbiota in a range of environmental situations; and the CA-SYS experimental platform (2018) which carries out experiments to test agroecological systems designed to optimise benefits from biotic interactions.

The Agroecology Unit has gained national and international recognition for its research on the biodiversity and biotic interactions in agroecosystems and their application to sustainable cropping systems with low inputs and multiple benefits for agronomic production, the environment and, increasingly, product quality.

It is the coordination of the EcoFINDERS project from 2011 to 2013 that is Philippe’s greatest source of pride. ‘We were able to take on this role because of the collective initiative that had been launched, not just in Dijon, but across INRAE through the soil and aquatic environments microbial ecology network’, says Philippe. 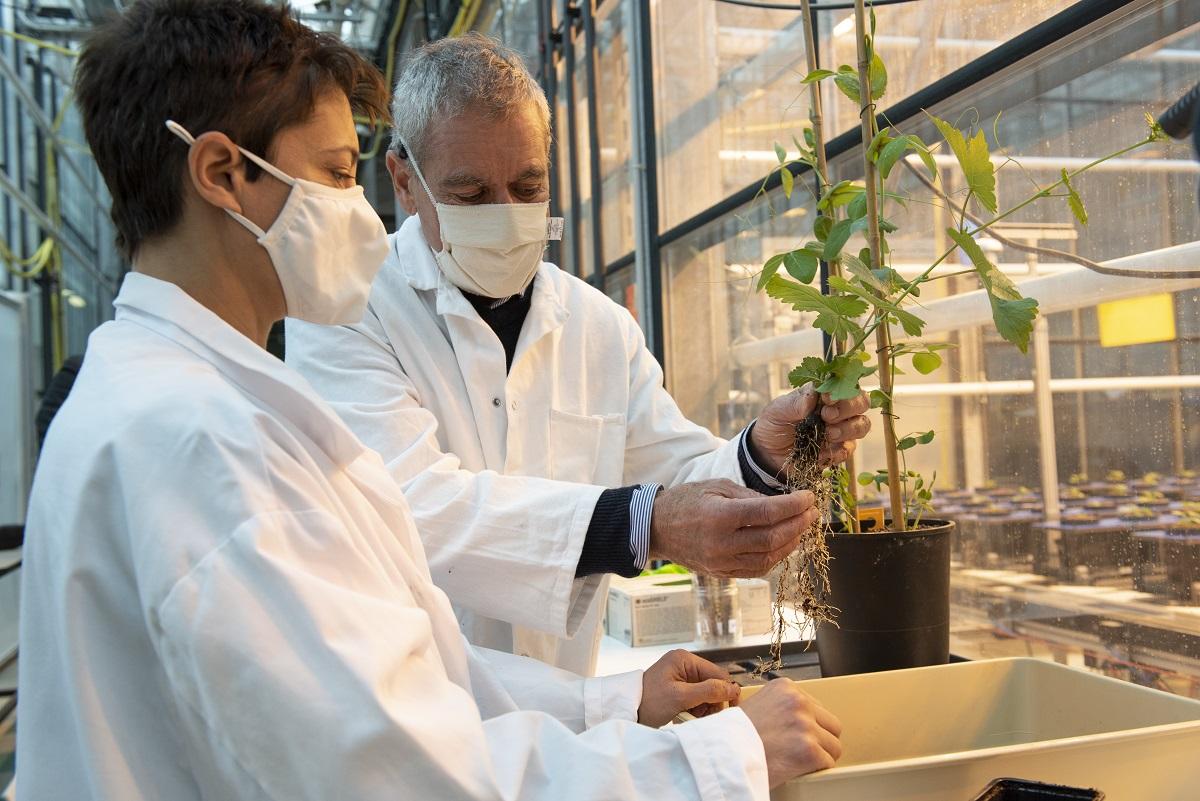 Funded by the European Commission, this project made it possible to characterise both soil biodiversity across Europe and the relationships between biodiversity and ecosystem services. It also proposed bioindicators to assess soil quality. The project culminated in an international conference on soil biodiversity and functions held in Dijon, the first in a worldwide series. Philippe also jointly edited the first Global Soil Biodiversity Atlas, published in 2016.

On the pathway to food transition

INRAE is an internationally recognised force to be reckoned with. It provides opportunities for us to work on projects that have meaning for everybody and that play a central role in meeting the public’s expectations.

With just a few months to go before he leaves INRAE, Philippe expresses his great respect for the Institute:

Philippe’s firm belief that an agroecological transition will happen only if there is public demand for it led him to coordinate, from 2017-2020,  the scientific contribution to the ‘Dijon, sustainable nutrition  2030’ project, funded by the French government through the French Innovation Regions (Territoire d’Innovation) scheme, and led by the Dijon Metropole authorities. This city-scale living lab experiment has been set up to demonstrate that an agroecological food transition is possible. ‘Better nutrition’ promotes ‘better production’ and vice versa: ‘better production’ leads to ‘better nutrition’ That was my starting premise for the project’. Most of the research units of the Burgundy-Franche-Comté INRAE Centre are working on this vast project to achieve a paradigm shift in our approach to sustainable agriculture and food.

‘This prize is a tribute to the teamwork that has gone on over the years in Dijon in soil microbiology and agroecology’, says the outgoing unit director, who feels able to leave ‘with a light heart, confident in the great prospects that are emerging for a food transition that will benefit both consumers and producers’.

Elected in March 2020 to the Dijon City Council, Philippe Lemanceau was also chosen to be the city’s portfolio holder for food transition. ‘The 2030 sustainable nutrition project is going to continue to be central to my activities, but from a different position that will still allow me to maintain close ties with the Burgundy-Franche-Comté INRAE Centre’, he explains. Sophie Nicklaus, who is research director at INRAE’s CSGA (Centre for Taste and Feeding Behaviour), has now been appointed as the project’s scientific director. Philippe will also spend the coming months handing over to Fabrice Martin-Laurent, who takes over as Director of the Agroecology Unit in June 2021.