It was neither chance nor necessity that led Muriel Vayssier to become a microbiologist. That title is a reference to the work of Jacques Monod, the 1965 winner of the Nobel prize in Medicine. He would forever change the life of the young Muriel, then a high school student passionate about literature and English.  For Jacques Monod, “Molecular biology must help the pieces of a puzzle fall into place, by explaining the mechanisms common to all living things, from bacteria to complex animals”. From then on, Muriel abandoned her plans to trade the dulcet sounds of her Occitan tongue for the British accent of the English teacher she had hoped to become; her vocation for research in biology was born. In 1989, Muriel left Rodez to take up studies in biology at the Paul Sabatier University in Toulouse, then at the Claude Bernard University in Lyon. Her year of graduate studies in microbial ecology took her to Jouy-en-Josas, in INRA’s laboratory of molecular virology and immunology, which has close ties with ANSES, the French Agency for Food, Environmental and Occupational Health & Safety. There, Muriel completed her doctoral thesis under the supervision of the parasitologist and virologist Pascal Boireau. It was also at ANSES that she met Barbara Polla. Far from an ordinary scientist, this doctor, artist, writer and politician served as an example to Muriel of an approach to science seeped in freedom and a search for objectivity. This key encounter is also what led Muriel to her first post-doctoral contract, at Paris’ Cochin Hospital. To complete her training, Muriel then delved into another scientific culture, that of the very renowned Harvard Medical School of Massachusetts General Hospital in Boston. In this world, where budding scientists are received with polished professionalism, she learned that excellence is not achieved solely by research results, but also by a driving ambition to valorize these research results: "All things being equal, American labs such as those at Harvard Medical School are much more adept at getting their work published. They aim high where French researchers, who are far less confident, don’t dare to”. This well-learned lesson would lead to a series of publications in top scientific journals. 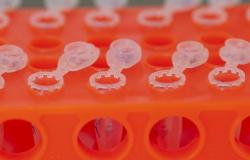 find out more Q&A with Muriel Vayssier-Taussat, CARE member: what comes after the lockdown (nouvelle fenêtre)

The Council for Analysis, Research, and Expertise (CARE), established by the French government on 24 March 2020, comprises a group of 12 researchers and medical doctors with different specialties tasked with providing guidance to the French government on matters related to coronavirus treatment and testing. Muriel Vayssier-Taussat describes her first experience on the council.

Muriel then traded the grandeur of Boston for the sobriety of the French national veterinary school of Alfort, recruited by INRA as a research scientist. Her work revealed why the bacteria bartonella, which is transmitted from animals to man, infect certain mammals and not others. These findings were of great interest in a context of mad cow disease, when scientists were questioning whether the bacteria could be transmitted by cattle. In 2008, Muriel and her team of researchers showed that the bacteria was in fact transmitted by ticks. That is when Team Vectotiq “Ecology of pathogens transmitted by ticks” was born. It has since been labelled Jeune équipe Inra 2009-2011. The topic spurred Muriel to broaden her network and reach out to doctors, veterinarians, entomologists and microbiologists also interested in tick-borne diseases. By comparing their various observations, it became clear that the topic merited joining forces in a concerted effort, in the spirit of the “One Health” initiative.  The multidisciplinary project "Oh Ticks", financed by the French National Research Agency (ANR) and headed by Muriel, was thus born, after a lengthy process with the various parties involved. The raison d’être of the project is to further knowledge of pathogens transmitted by ticks and develop diagnostic tests. Soon after, another avenue opened, bringing together not only tick specialists from Maisons Alfort and forest specialists from INRA Grand-Est Nancy, but ordinary citizens in a participatory science approach born of the French association Tous chercheurs. Gather data on tick bites, accelerate the knowledge-building process and get all citizens involved in science: those are the broad goals of the CiTique project, headed by Jean-François Cosson, a researcher from the Vectotiq team. For Muriel and her team, working together is a no-brainer, given the tremendous synergies of the different players involved.

Broadening circles also means revisiting research topics, which Muriel did with a group of INRA researchers, culminating in a study on pathogens within their microbial ecosystems while taking the interactions they develop into account. In other words, putting things into context, the better to decipher the circumstances in which a pathogen triggers disease.  The group of researchers thereby created the concept of the "pathogen biome", which applies to a new study on ticks in their ecosystems.

Joining forces for a noble, useful and shared science

Freedom, open-mindedness and working together: this is Muriel’s mantra. She has found these values at INRA, where progress has not hindered a certain form of close collaboration, a human touch, and freedom of expression. "At INRA, I have always felt listened to. I can express myself and defend my ideas without necessarily being right but being listened to”, she says. In addition to her research, Muriel has gradually got involved in the service of the greater good, a commitment that has taken on a new dimension since she was named head of INRA’s Animal Health Division. With solid managerial experience, she sees her new role as that of a leader, driven by a desire to make the whole stronger, more confident, more capable of taking on challenges and pushing the boundaries of science together.  Heading a scientific division also means making the link between the topic-specific scientific community and the broad, transversal programmes related to the Institute’s overall goals. Yet another thing Muriel is good at, thanks in particular to her experience in different scientific settings and the various positions of scientific leadership she has held. Her journey as a microbiologist continues. In her own words, "If you like research, it’s the best job in the world”. Her path is certain to cross that of the science-and-society and citizen science initiatives, which Muriel is resolutely committed to.