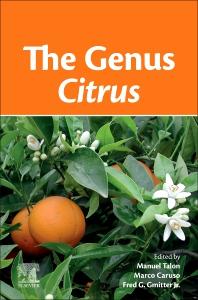 Because citrus is among the most difficult plants to improve through traditional breeding, citrus researchers, institutions and industries must quickly learn to adapt to new developments, knowledge and technologies to address the biological constraints of a unique fruit-tree such as citrus. Despite the challenges of working with citrus, tremendous progress has been made, mostly through advances in molecular biology and genomics. This book is valuable for all those involved with researching and advancing, producing, processing, and delivering citrus products.

Citrus classification remains an unresolved problem. In the first part of this chapter, after a short description of their morphological characters, the justification for the separation of the “true citrus” group into six genera is discussed, based on their reproductive biology and plastome phylogenetics. It is concluded that all true citrus plus the genus Oxanthera should be joined within the genus Citrus. Moreover, despite full sexual compatibility between the Citrus species sensu Swingle, the phenotypic and molecular differentiation between the ancestral taxa (C. maxima, C. medica, C. micrantha, C. reticulata) of the cultivated forms fit with phylogenetic species concepts based on diagnosability and monophyly. In the second part, after an historical perspective, the species rank of the genus Citrus is discussed based on the recent phylogenomic data and a new concept is proposed for citrus classification. Finally, in the third part, the phenotypical diversity of the Asian ancestors of edible citrus and of the most important horticultural groups of interspecific origins is presented after a discussion of the implication of the reticulate evolution coupled with apomixis on the phenotypical diversity structure of edible Citrus.

PRESS RELEASE - For the first time ever on a worldwide scale, an international team of researchers has demonstrated the positive influence of plant biodiversity on ecosystem stability. The team included researchers from INRA and the Chizé Centre for Biological Studies (CNRS, University of La Rochelle) and scientists from Argentina and Spain. Using satellite data and field surveys of 123 dryland sites around the world, researchers were able to show that biodiversity’s role in influencing ecosystems is as important as the role of climate or soil. Their findings were published in the PNAS journal on 30 July 2018.

EpiCollect5, a citizen science app for the surveillance of aquatic environments

The citizen science app EpiCollect5 is a free mobile app developed as part of the WaSAf project. Initiated in February 2016, the WaSAf project on protecting surface water sources in Africa aims to set up methods to evaluate and monitor water quality in three African lakes which supply three major cities (Abidjan, Dakar and Kampala), and to prepare the initial measures required to enable the sustainable management of these ecosystems, their preservation and/or their restoration.

Genome editing technologies have become a key tool in plant genetics and breeding and INRA adopts a strategy regarding the use of these technologies for plant research, in a context of societal and regulatory debate. This strategy is in line with the Institute’s values and with its ambition to contribute to environmental, social and economic progress. It takes into account the recommendations made in Opinion 11 of the Joint INRA-CIRAD-IFREMER Ethics Advisory Committee on new plant breeding techniques. The strategy’s six underlying principles were approved by INRA’s Scientific Advisory Board on 19 September 2018.