When Hervé invites you into his office, a panorama of his career will greet your eyes. On the walls are covers of the high-impact journals in which he has published. Next to them are pictures taken during his various stints abroad. On a shelf, various scientific devices rub elbows with a book by Henry Horatio Dixon, an Irish botanist. In 1914, Dixon described the mechanism by which xylem sap ascends through trees. Holding the book in place is a slice of a tree. On the desk is evidence of Hervé’s research in progress: a running laptop surrounded by piles of papers.

Hervé’s colleagues describe him as down-to-earth, someone who naturally fits in. He concedes that he is a naturalist, a mirthful response that is quintessential Hervé. This year, he is the winner of INRAE's Scientific Breakthrough Award for his work as a renowned ecophysiologist specialising in plant hydraulic systems. His scientific background is extraordinary, and his research focuses on topics of major interest.

As a small boy, Hervé imagined growing up to be a forest ranger. He decided to study the agricultural sciences after developing a passion for mushrooms and other forest dwellers. He remains a member of the Mycological Society of France to this day.

Diploma in hand, he was hired as a contractual scientific associate by INRA, which has since become INRAE. To him, in addition to being a great job, it represented "an excellent opportunity to access a permanent research position." The drought of 1976 was still on people’s minds and had given rise to numerous scientific questions. During his doctoral work in Nancy, Hervé explored the vulnerability of certain forest tree species to cavitation. The goal? To understand the system to better explain its function, to build knowledge to better predict outcomes.

Learning the language of trees
In plants, xylem sap is transported by vascular tissue (i.e., xylem) from the roots to the leaves. There, the sap's main constituent—water—evaporates via transpiration, departing through small pores in the leaves called stomata.
Drought and extreme temperatures can drive the transpiration rate up, resulting in the movement of larger quantities of xylem sap through the plant. Under such conditions, air bubbles are more likely to form in the vascular system. This phenomenon is known as cavitation. The air bubbles can then create blockages within the xylem and cause an embolism, leading to the tree's death.

Intrigued by these dynamics, the 22-year-old Hervé joined Melvin Tyree's lab in the US to learn more about cavitation. He recalls: "I barely spoke English, and I had never left France before."

The roots of French research on tree hydraulics

Hervé is convinced that technical developments and scientific progress go hand in hand. He has developed advanced concepts that have greatly enhanced our understanding of how trees tolerate drought, driving significant discoveries in the research domain. Both this work and Hervé's involvement in key debates on the topic have helped foster a dynamic research tradition in France that is focused on tree hydraulics. The expertise of French researchers in this field is well recognised. Another result has been the emergence of a strong scientific community, as Hervé and his colleagues meet up at regular intervals. A few years ago, this community founded the Journal of Plant Hydraulics, an open-access scientific journal that reflects the group's interests.

From an applied perspective, Hervé has designed several important tools. In 1999, it was Xyl'em, a device that employs the "gravity method” to measure the hydraulic conductivity of samples. In 2002, it was the Cavitron, a tool based on a centrifugation technique that makes it possible to rapidly evaluate how vulnerable a tree is to cavitation. More recently, he has helped develop 3D-imaging methods that rely on X-ray microtomography and that can detect cavitation in vivo.

Cavitation: a metric for assessing the risk of mortality

From a research perspective, Hervé has shown that vulnerability to cavitation varies among species. This variability is strongly correlated with species’ geographical distributions along aridity gradients and survivorship in response to severe drought. In contrast, little variability is seen within species.

He has also shown that all forest ecosystems function in largely the same way, displaying a trade-off between drought resistance and growth capacity. He comments, “Whether you are looking at a forest in the tropics, the Mediterranean, or the temperate zone, the margin of safety is approximately the same." Hervé provides a functional explanation for the drought-provoked declines seen in forest ecosystems around the world: "If an ecosystem gets a bit drier, it comes up against its functional limits."

The biophysical and molecular determinants of embolism risk in trees, genetic diversity and ecological consequences…In addition to examining the mechanisms underlying cavitation, Hervé has used an approach in which he collectively examines other traits, such as water loss at the cuticle level, to better understand the series of responses used by plants to confront drought conditions.

Transforming his knowledge and discoveries into models

In 2017, he showed that there is an absolute limit at which stomatal closure must occur if a tree wishes to avoid immediate death when water is lacking. This finding has underscored the importance of revisiting our current understanding of the functional relationship between the stomata and hydraulic characteristics in plants. It has also provided a mechanistic framework for modelling plant mortality during droughts. This research became the basis for SurEau, the most commonly used model in the domain of plant hydraulics. 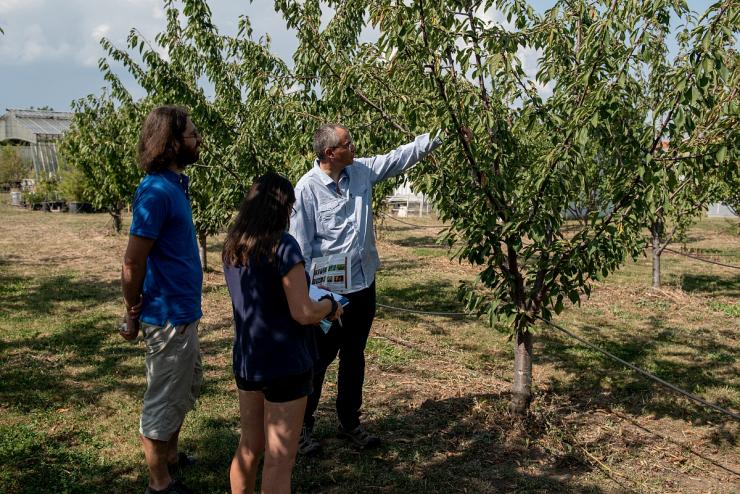 Is it serious, Doctor?

Hervé is at home in the field. He points out the signs that signal the passage of a deer versus a wild boar and lifts up some tree bark to show evidence of a bark beetle infestation. Then he gazes towards the tree canopy, remarking:

“The forest will not disappear, but it will need some time to adapt. Certain species and individuals will suffer, while others will prosper.”

Furthermore, over the longer term, the carbon storage capacity of trees will also decline. He recalls that, as early as 2004, "colleagues in Nancy were already sounding the alarm bell. They showed that, under conditions of extreme drought, forests could become carbon sources rather than carbon sinks because photosynthesis would come to a halt and increasing numbers of trees would die." As a solution, many people recommend planting more trees, the strategy of Elzéard Bouffier, the shepherd in Jean Giono's classical short story. Others, in contrast, suggest that we should exploit forests by creating permanent forms of storage: the wood used to construct human dwellings.

Hervé says, “We need to remain humble in the face of our ignorance. We don't have all the solutions. We must promote various initiatives and encourage research efforts. It is likely that national forests will have a role to play in sustainable management efforts."

He continues, "The best approach is to follow the COP21 recommendations and reduce our carbon footprints by 2050 to prevent global temperatures from climbing by more than 2°C."

Hervé is driven by a passion for sharing his research. He has produced more than 400 scientific publications over the last 30 years. He has given many university lectures and is speaking at an ever-greater number of conferences targeting the general public. He wants to inspire a love for science in others. He is also extremely generous with his time and attention. These traits are important in his role as the joint director of a research unit.

Hervé's skills and personal qualities are exactly those that distinguish recipients of the Scientific Breakthrough Award. He received news of the honour with his typical modesty and good humour. The day before the winners were announced, his colleagues could not help teasing him: "Have you seen or gotten any laurels?” Maybe a special specimen of Laurus nobilis, reputed to reabsorb any embolisms, in defiance of the laws of thermodynamics. However, this purported resistance to drought ends up being an artefact.

In contrast, the laurels that come with the Scientific Breakthrough Award are no joke. 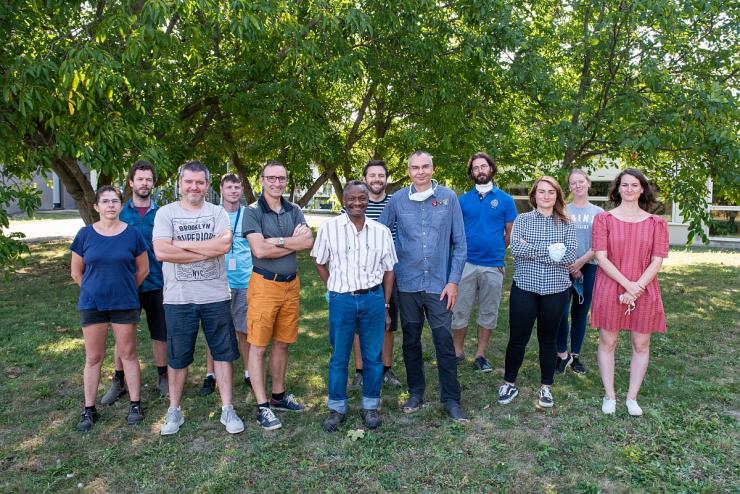 Career
Since 2018: Joint director of the Joint Research Unit for the Integrative Physics and Physiology of Trees in Fluctuating Environments (UMR PIAF, INRAE, Univ of Clermont-Auvergne)
Since 2005: Researcher director at INRAE
1993: Hired as a research scientist at INRAE
1992–1993: Post-doctoral researcher at the Smithsonian Tropical Research Institute in Panama
1989: Visiting researcher, Department of Botany, University of Vermont, USA
1988: Contractual scientific associate at INRAE

Honours
2010: National corresponding member of the French Academy of Agriculture
2016: Inclusion in the list of Highly Cited Researchers (Web of Science)
2020: Recipient of the INRAE Scientific Breakthrough Award

What's next?
Hervé is extremely well organised. He is already planning for the future. So much to do all at once: parlaying his many collaborations into a sabbatical year abroad; broadening the scope of his research to new species, like crop plants, and to new topics, like wet pockets in wood; and hitting the road in his camper van for new adventures.